By Wisen (self media writer) | 4 months ago 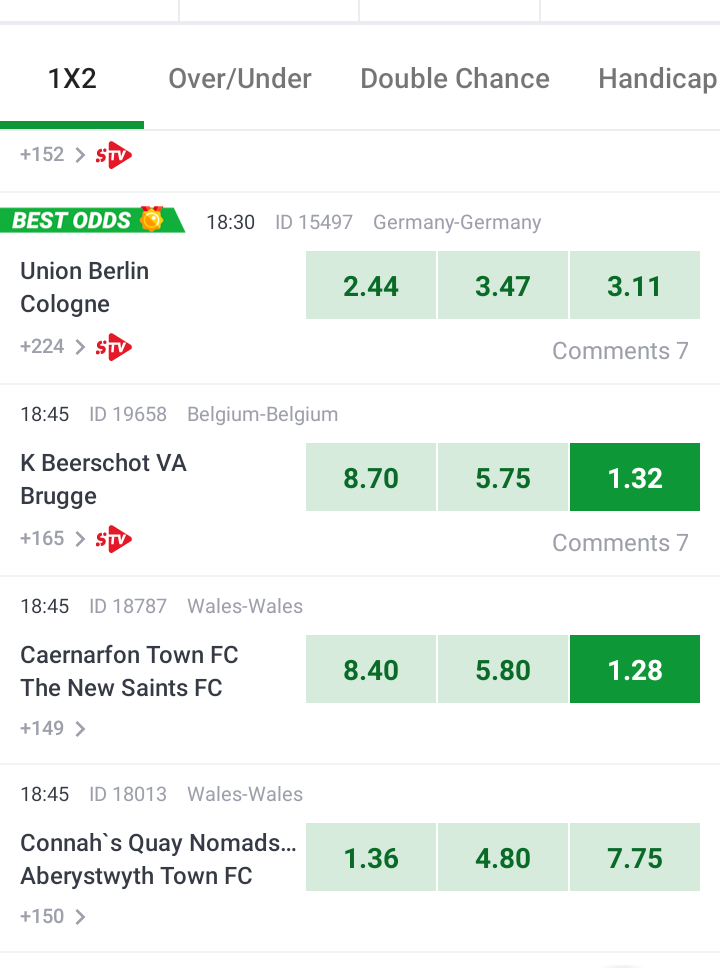 Girona are determining to make a quick return back to La Liga as they are fourth and in the playoff zone. They were able to beat the leaders(Almeria) some days ago, and with their current form of five match winning streak, they will not be easy to break. Malaga are in a very dicey position, as they are just six point above the relegation zone, along with their poor run of form of winning once in their previous five matches, losing two and drawing two. They need to play above themselves to get some favourable result to sustain their relegation fight. Prediction, Goals over 1.5

The home team try very well this season compared to last season, but in their five games they won three matches and lost two, and scoring seven goals, they are hoping of picking the maximum point at stake which will not come easy though. TNS who are table topped in the league have a better head to head against the home side. The away side will win.

Union Berlin after starting the season on a very good note, which at a point were vying for the champions League spot, but inconsistent form of late have made them drop to mid table. Union Berlin need to rediscover their form in order not to drop further. Koln are above the home team thank to their resurgent in their last five games when they won two, draw two game and lost just one. A win for koln in this game will push them closer to European spot. Prediction, Goals Over 2.5

Schalke’s return to the Bundesliga is on course as they are a point below the play of zone they won three games, draw one and lost one. Dynamo Dresden are bottom in the playoff zone with some poor performances, and also haven’t won a match in ten attempts, Prediction, Goals Over 2.5

The home team haven’t kept a clean sheet in 18 matches and also have not won a match in six attempt. Club Brugge were just unlucky not to keep hold of the top spot, but they will be going into this match with different approach. In their last five games, they won four and lost only one, scoring 15 goals. It is obvious Club Brugge will win, and score goals Over 1.5

Your Feedbacks are important.