Coach Prosper Nartey Ogum has officially tendered in his resignation as coach of Ghana's biggest football club Asante Kotoko to end his short stay at the club.

The gaffer, won the Ghana Premier League, GPL title for the Porcupines last season for the first time in eight years and, it was hoped that both parties would continue with their marriage for the foreseeable future.

However, after some disagreements with the Asante Kotoko management, their relationship soured at the end of last season and, it became clear that they could not work amicably going forward. 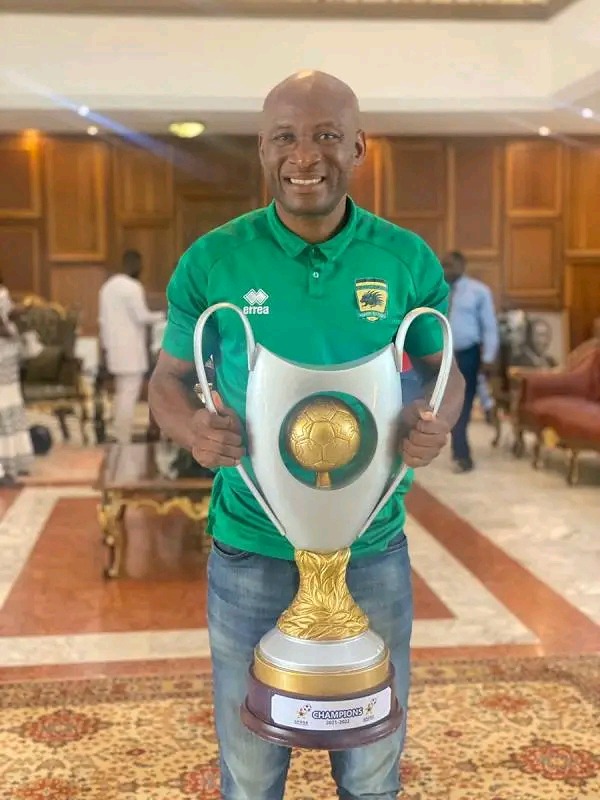 Coach Ogum, has today, (Monday) met with the Asante Kotoko board technical team sub committee members to officially hand in his resignation letter as proposed at an early meeting.

News coming in from today's meeting, said, Coach Ogum would be paid two months salary plus other bonuses for winning last season's league title with the Porcupines.

The gaffer, has taken to his official social media channels in confirming his departure from the record Ghana champions after less than 11 months in charge.

His departure from the club, paves the way for Asante Kotoko to name a new head coach for the club ahead of the start of the new season

The Porcupines have been heavily linked with former Burkina Faso national team coach Kamou Malo to take over as the helmsman.

Negotiations are far advanced with the retired Police Officer and, the former RC Kadiogo of Burkina Faso coach, would be named as Coach Ogum's successor in the coming days.