A renowned and experienced journalist, Dan Kweku Yeboah of Despite Media, has expressed his utmost disappointment in the Ghana Football Association President, Mr. Kurt Okraku for his comments during interviews with some private media stations after the Black Stars exited the 2021 African Cup Of Nations tournament in Cameroon.

The Black Stars failed to qualify for the next round of the 2021 AFCON tournament after exiting from the group stages with just one point. Moreover, a debutant country in the shape of the Comoros Islands defeated the Stars in the last game of the group stages. 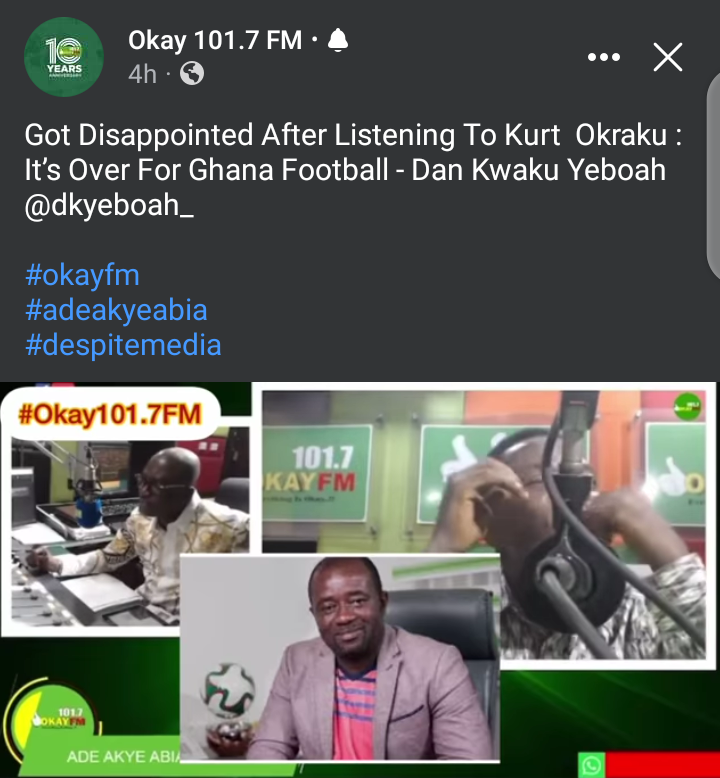 After the team arrived in Ghana, the GFA President spoke to some media stations trying to explain what transpired and defending Coach Milovan Rajevac, whom Ghanaians are not happy with for his performance at the tournament. The President also failed to apologize to Ghanaians saying it's just football and the team didn't have a lot of preparations going into the tournament. 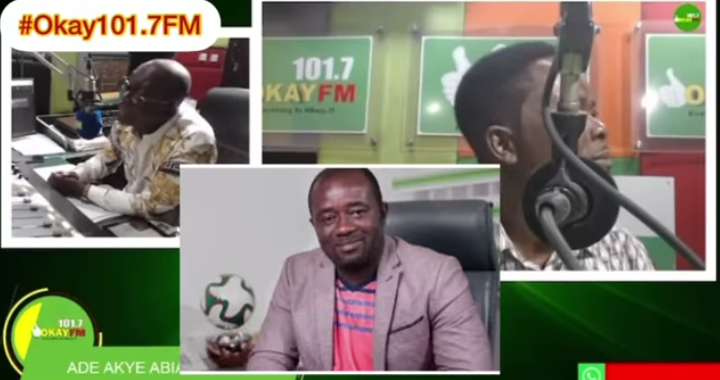 Also, the GFA President made comments like, they assembled the best of players Ghana have got, to the tournament and so if anyone knows of any Lionel Messi or Ronaldo who is a Ghanaian, then they should show the football association so that such players will be called next time. 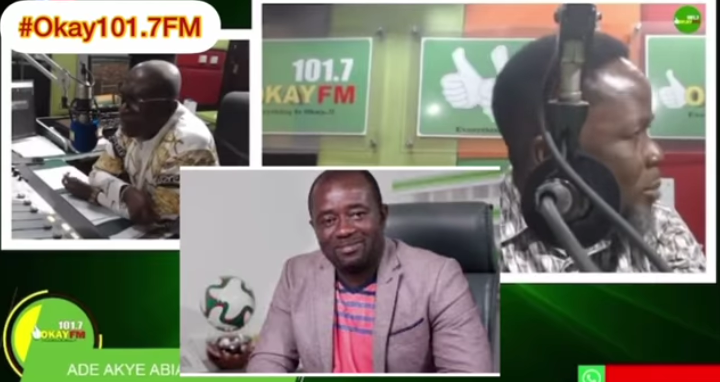 This among other comments were what the former Public Relations Officer for the Normalization Committee of the football association, Dan Kweku Yeboah expressed his utmost disappointment in Kurt Okraku for speaking that way to Ghanaians.

According to Dan Kweku Yeboah, he never expected the GFA President to talk like that after an abysmal performance of the Atars at the AFCON. He added that, for Kurt Okraku who is a formally trained journalist to speak like that, then he's disappointed in him.

While speaking to Okay FM this morning, 21st January 2022, Dan Kweku Yeboah said " I was very disappointed listening to Kurt Okraku yesterday especially when he is a well-trained journalist. After leading the Black Stars to such a disgraceful tournament, I never expected Kurt Okraku to speak like this. This is not also just a disgrace but the worst disgrace to ever happen to Black Stars in the AFCON Competition."

Mr. Kweku Yeboah then added that he was expecting the GFA President to render an unqualified apology to the people of Ghana but he failed to do so and according to Kweku Yeboah, that was so surprising to him.

"The first thing I expected him to do was to render an unqualified apology to all Ghanaians but surprisingly he failed to do that even though the Presenter asked him to do." He said.

Moreover, journalist Yeboah announced that it's all over for Ghana Football looking at the posture of the GFA President after such an embarrassing tournament by the Black Stars.

Do you think the GFA President had to issue an unqualified apology to Ghanaians? Or it's just football and Ghanaians should understand that.

Leave all your thoughts and comments below. Please share this article and follow me for more updates