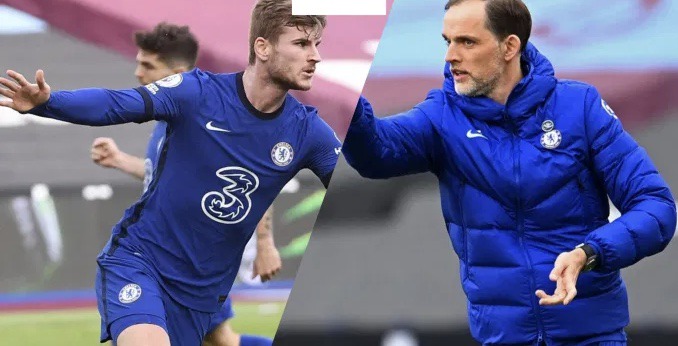 The German has been without goals for a long time now as he was even casted to the bench for a recovery.

On handing him a start today, Werner netted a crucial goal for Chelsea.

Tuchel on the other hand noticed the 25-year-old’s undeniable contribution to the game but has urged him to keep on with the scoring.

Timo Werner has struggled with scoring since the late days of Frank Lampard but hopes to get into pace under the new manager.

He has been involved in goals though but on assists more than goal. He has also won fouls of which Tuchel acknowledged him for.

‘He needs to keep on scoring and catch the moment, the former PSG boss said.

‘He is quite often involved in our goals, even in the last weeks with fouls in the penalty area, or assists like against Man City. Nothing helps more than scoring goals.

‘I felt him very strong today from the start. He was very good at distributing the ball, dropping from the number nine position and keeping the ball for us, and he had good timings in the deep runs behind the line. He was involved in many chances and half-chances.

‘It was very nice he could score. He could have had a second one for sure, and after that he lost his confidence a bit and was a bit tired, but it was a good performance from him.’

Timo hopes to get another starter when Chelsea welcome Real Madrid on Wednesday for the UEFA Champions League tie.