Manchester United's next five games might lead to Solskjaer's dismissal.

By Tennyson (self media writer) | 1 month ago

Manchester United's next five games might lead to Solskjaer's dismissal, as pressure mounts on the Red Devils' manager. 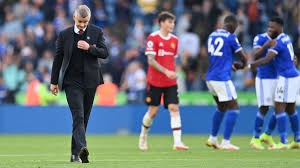 Manchester United are prepared for a crucial time in the coming weeks, with the club ready to field big-name players. Rivals Manchester City and Liverpool are two of the opponents the Red Devils will face in the coming days. Ole Gunnar Solskjaer's men will also play a Champions League double header against Atalanta. The games come at a time when United is in poor form, with only two victories in seven games.

The Red Devils, who were considered favorites to win the league early in the season, were humbled by Leicester City at the King Power Stadium on Saturday, October 16. 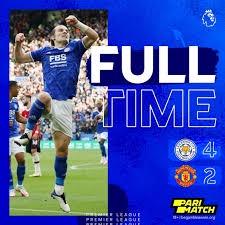 following their humiliation at the hands of Leicester City at the King Power Stadium. Two players have been named by Solskjaer. During Leicester's thrashing, Man United failed to score. Despite taking an early lead through Mason Greenwood, the hosts rallied with Youri Tielemans, Jamie Vardy, Parson Daka, and Caglar Soyuncu to chase United down.

Following the setback, Ole Gunnar Solskjaer came under renewed fire, with many fans calling for his dismissal. The Norwegian now faces a tough battle in his attempt to right the ship, but if his side's future matchups are any indication, he may fall short strategically. On Wednesday,October,20 Manchester United will face Atalanta at Old Trafford in a Group F match the two teams will clash before hosting Liverpool in the EPL four days later. After that, Ole's charges will travel to London to face Tottenham Hotspur at the end of October, before returning to Italy on November 2 for the second leg of their tie with Atalanta.

Even as he tries to win his first trophy as United manager, all five games are expected to have an impact on Ole's future at Old Trafford. 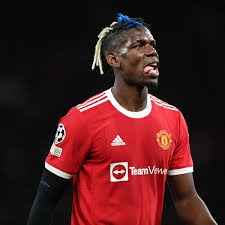 Pogba hammers the ball into the net. Manchester United's superstars Following Man United's 4-2 loss to Leicester, Paul Pogba has criticized his teammates' performance. Pogba pointed out that United has been making the same mistakes in previous games, emphasizing the need for the club to change strategy.

Content created and supplied by: Tennyson (via Opera News )