By Graceazure (self media writer) | 1 year ago

Thomas Partey, A Ghanaian footballer who played for Athletico Madrid completed his move to Arsenal, the Gunners on the transfer deadline day. Though, some Ghanaians expressed their dissatisfactions when the transfer rumour surfaced on social media platforms, but Partey accepted to move to their Premier League to seek a new Challenge. After the transfer, Ghanaians only talked about how happy they are for Partey to join Arsenal until The Sun, A UK media’s report change the mood of Ghanaians from happiness to anger. 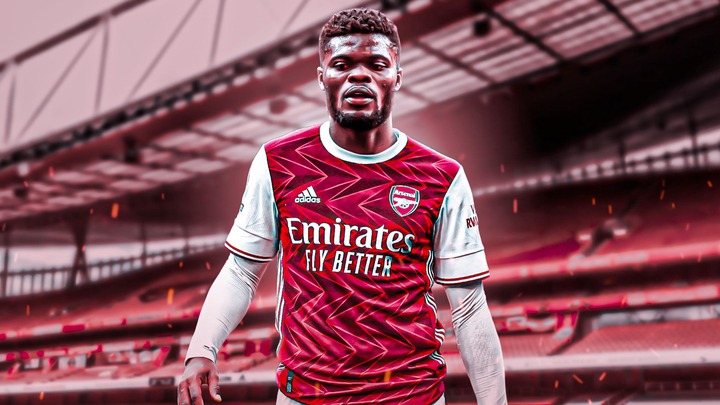 The Sun is known to be a controversial media house in the United Kingdom. Most people have also tagged them with racism on many occasions. A typical example is the story of Raheem Sterling, a Jamaican footballer who naturalized for England. After Sterling’s move from Liverpool to the Sky Blues, Manchester City, the Sun was among those to call Sterling a gold digger. When Raheem Sterling proposed to Paige Milian, The Sun wrote: “Love rat Raheem Sterling proposes to long-suffering girlfriend Paige Milian.” We expected The Sun to write a better headline this time, but see what they wrote after Raheem Sterling bought a house for his mother. The Sun: “From troubled youth to 100K Pounds a week—the life of footie idiot Raheem Sterling.” 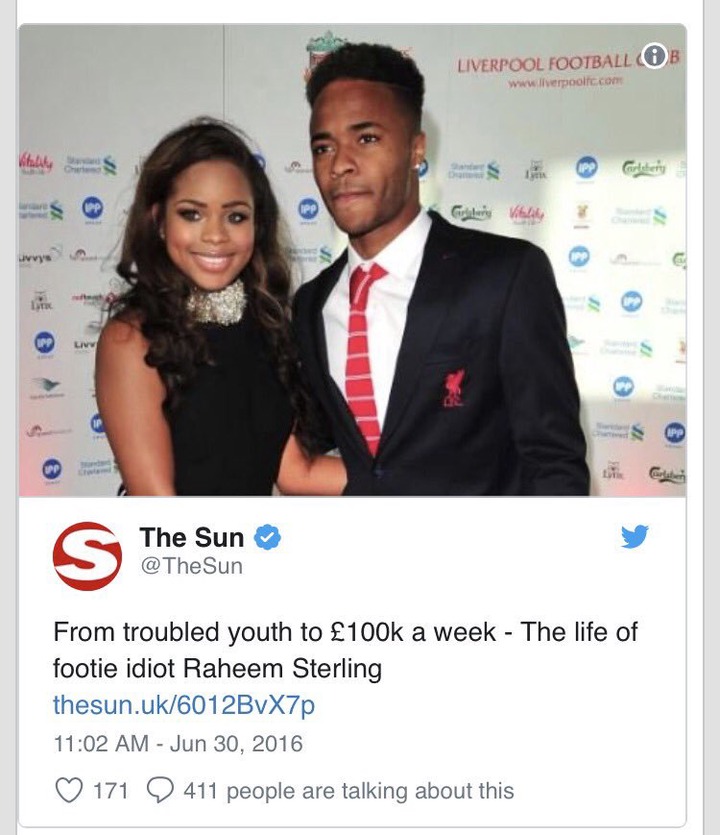 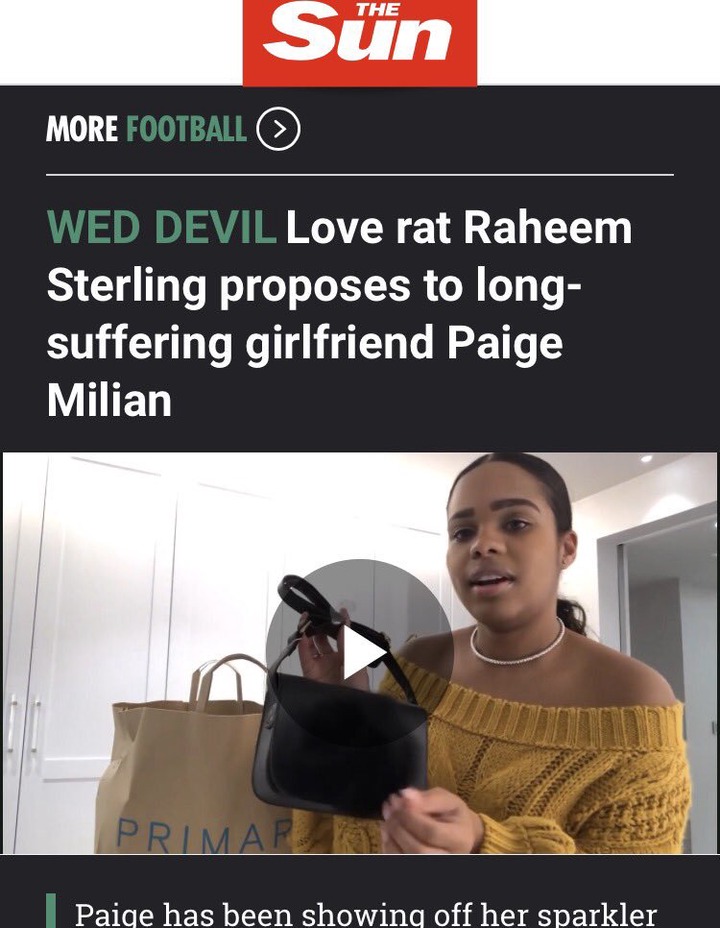 The Sun’s report on Black players is somewhat very appalling. Those who find no fault with The Sun always give an excuse that the media house is just interested in writing a catchy headline and not to paint anyone black or white. However, most people also believe that they are just racist and will never be pleased with Black players. Why is it that Mason Greenwood and Phil Foden, after a breach of COVID-19 protocols while on international duty were not evil-spoken of as compared to Raheem Sterling who bought a house for his mother? 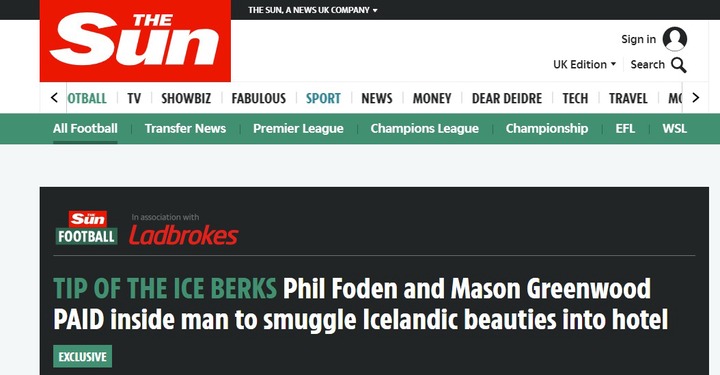 The Sun this time, turned their attention to Ghana’s Thomas Partey, another black player. The Sun wrote: “Arsenal new-boy Thomas Partey has enjoyed a meteoric rise in the game, coming a long way from his poverty-stricken existence in Ghana.” Lydia Forson, A Ghanaian journalist screenshot the post and uploaded to Twitter. Most Ghanaians were angry with what The Sun wrote. Nevertheless, there were some Ghanaians who argued that the post is just talking about Partey and not Ghana as a country. 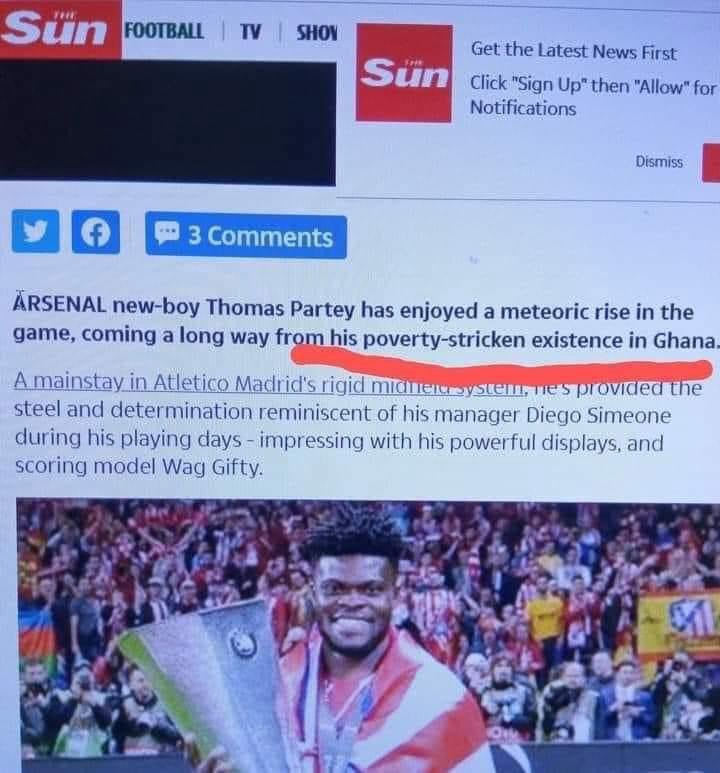 The question I keep on asking is; how relevant is the phrase “poverty-stricken existence in Ghana?” We could see that the focus of the media house is on Partey and not Ghana. Yet, a better word could have been used. The word “poverty-stricken” has a deeper meaning than the word “poor”. The word “poverty-stricken,” means “extreme poverty”. Though, Thomas was not a rich man before he left Ghana, but you cannot refer to him as someone who is destitute. Ghanaians who blasted The Sun did the right thing. It is good that we continue to show some people that we are of the same or better worth as them. 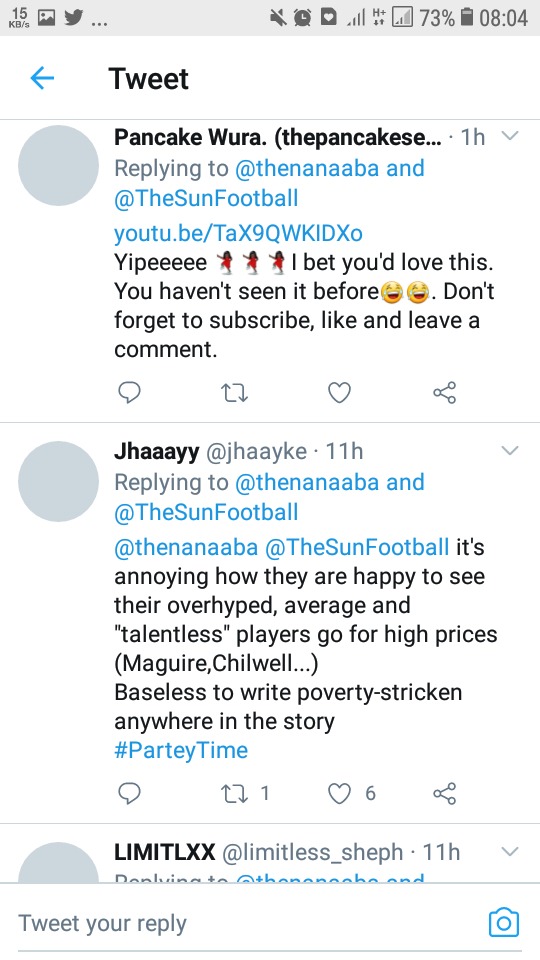 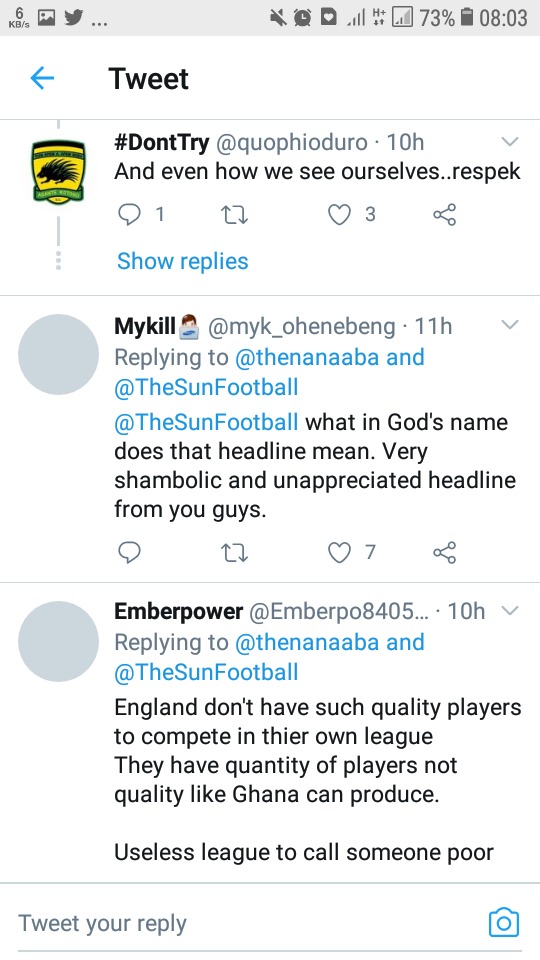 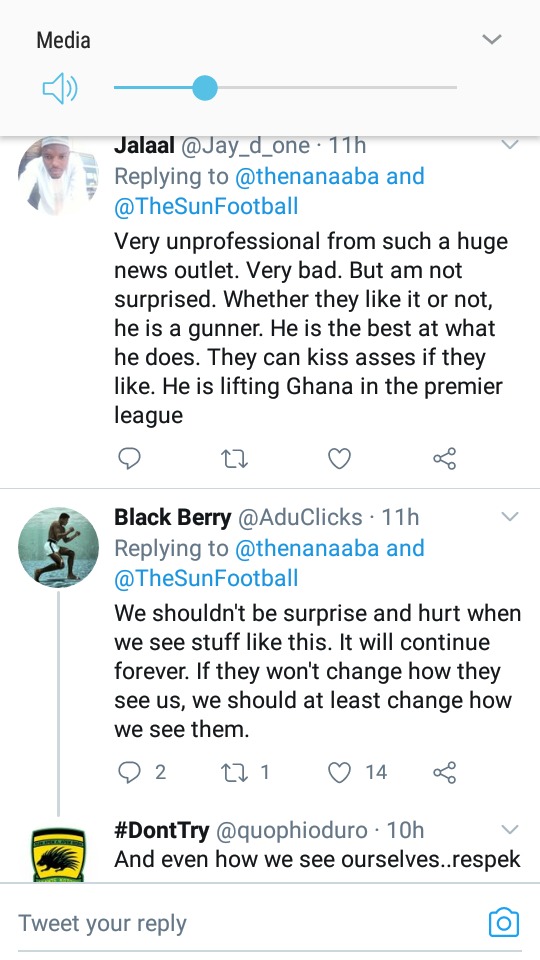 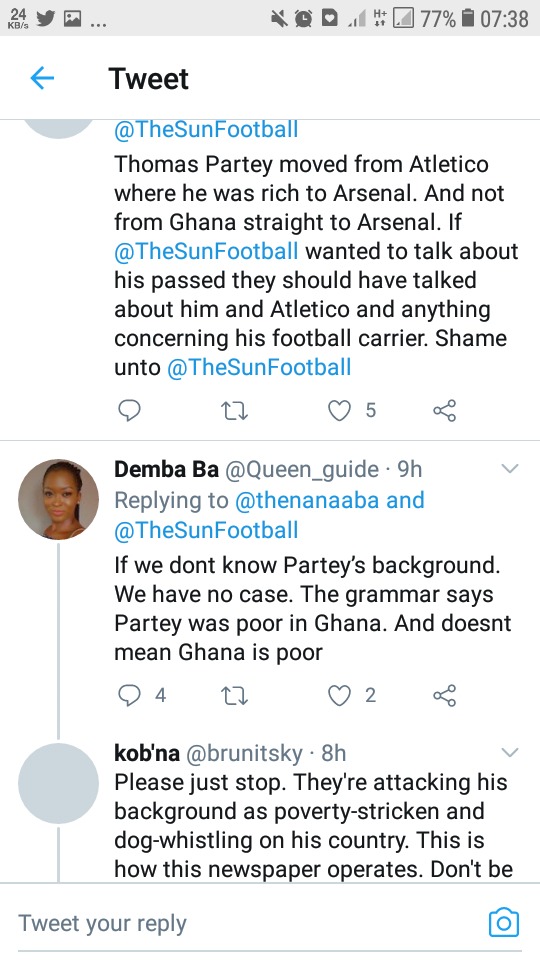 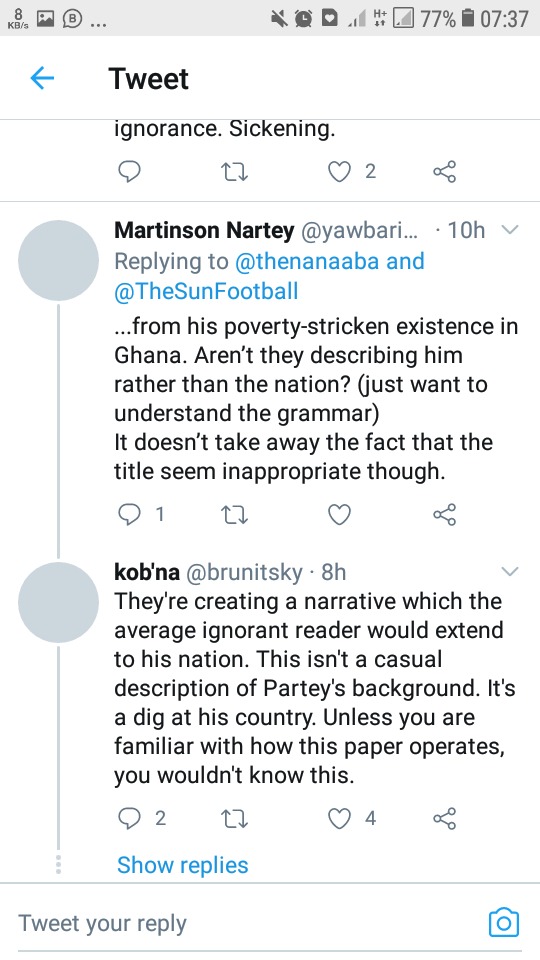 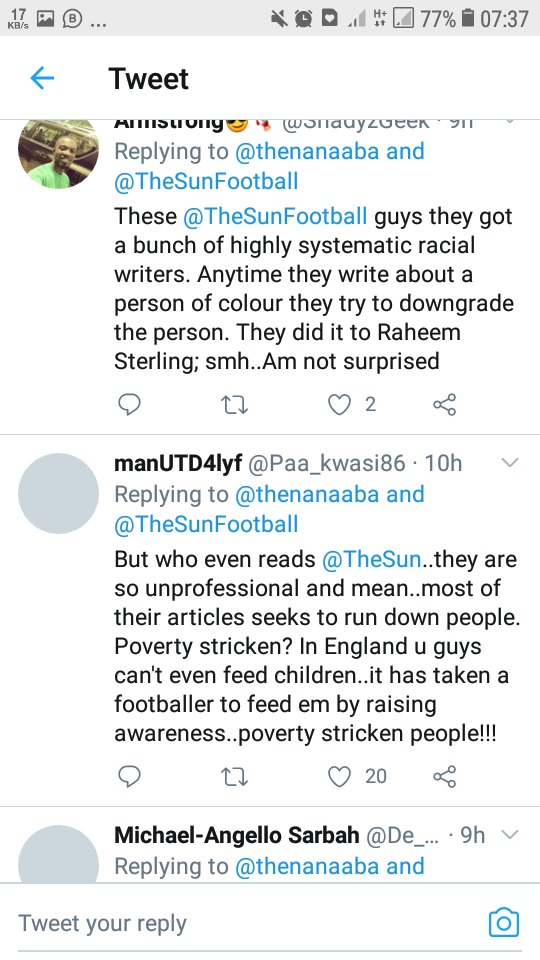 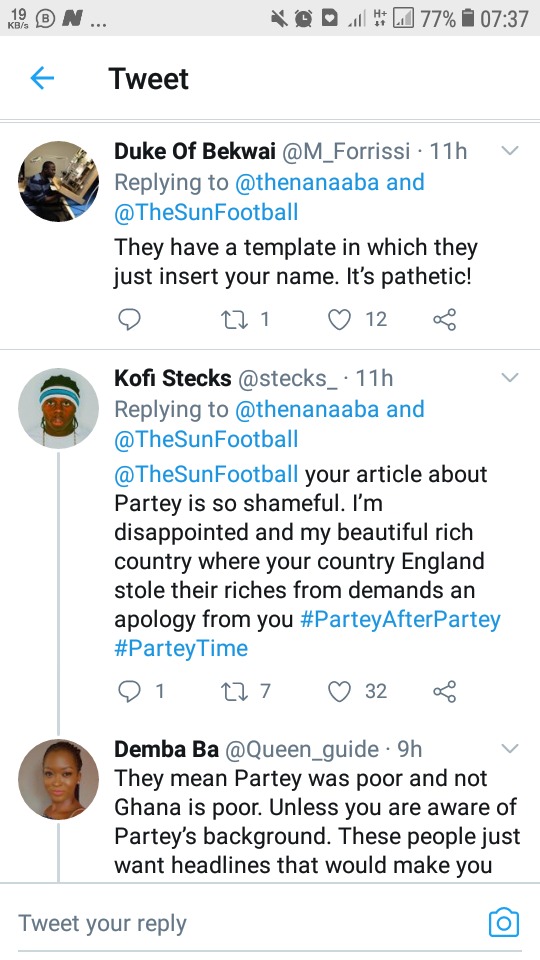 Content created and supplied by: Graceazure (via Opera News )