By JNTurkson (self media writer) | 6 days ago

The UEFA Champions League (UCL) action continued today after 8 games were played yesterday. Several exciting games were played today among the remaining 16 teams. RB Leipzig ensured that they win their away game against Club Brugge in Group A. RB Leipzig put 5 goals past Club Brugge to secure the 3 needed points. Manchester City came back stronger to win in their game against Paris Saint Germain (PSG) after being down by a goal in the early minutes of the second half.

Real Madrid made no mistake in delivering a top-notch performance in their away game against UCL debutants, FC Sheriff. Real Madrid put 3 goals past FC Sheriff to secure the 3 maximum points to cement its position at the top in Group D. Liverpool continued their perfect form in the UCL this season. The English football giants secured the 3 maximum points in their game against FC Porto. Ajax also won their game against Besiktas to make it 5 wins from 5 games in the UCL this season. Ajax sit at the top of Group C with 15 points.

Check below for the results from today's games: 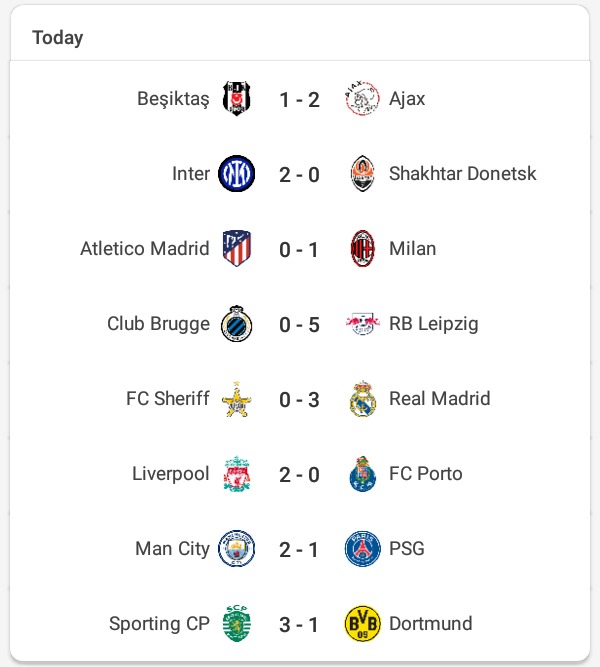 Check out the standings in all the UCL groups after an exciting UCL week:

Groups A and B 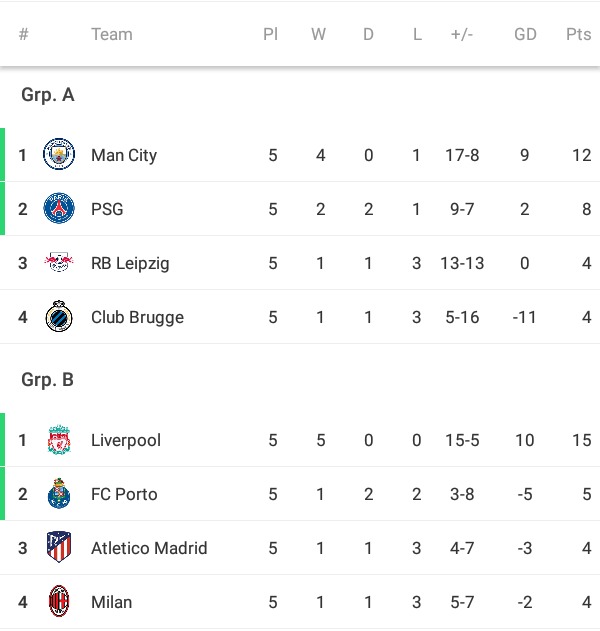 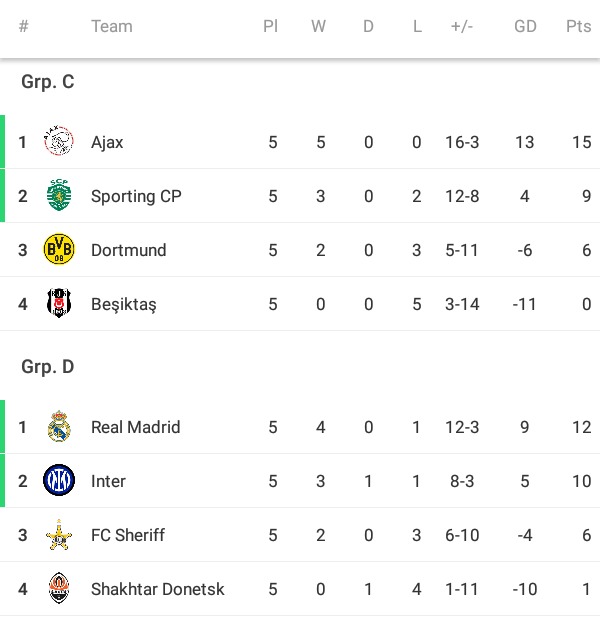 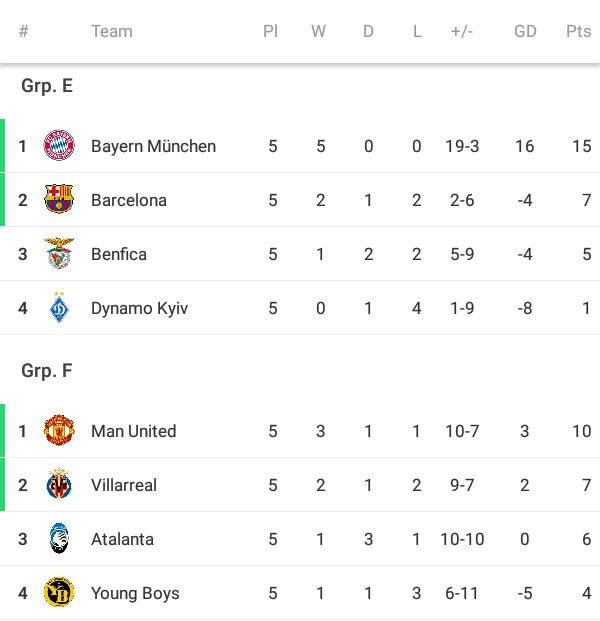 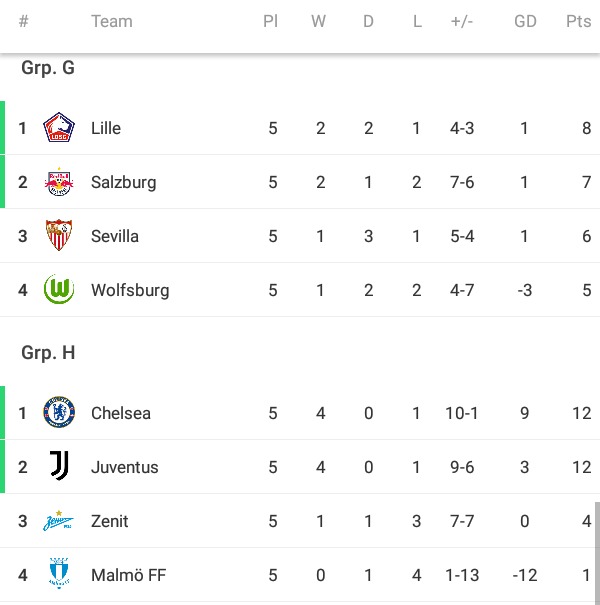