By elsharaawyjulius (self media writer) | 8 months ago

Gundogan beat team mate Joao Cancelo, among others to win the award.

Manchester City's midfielder IIkay Gundogan was named the Premier League's Player of the Month for February, becoming the first player from the club to receive the award in consecutive months. 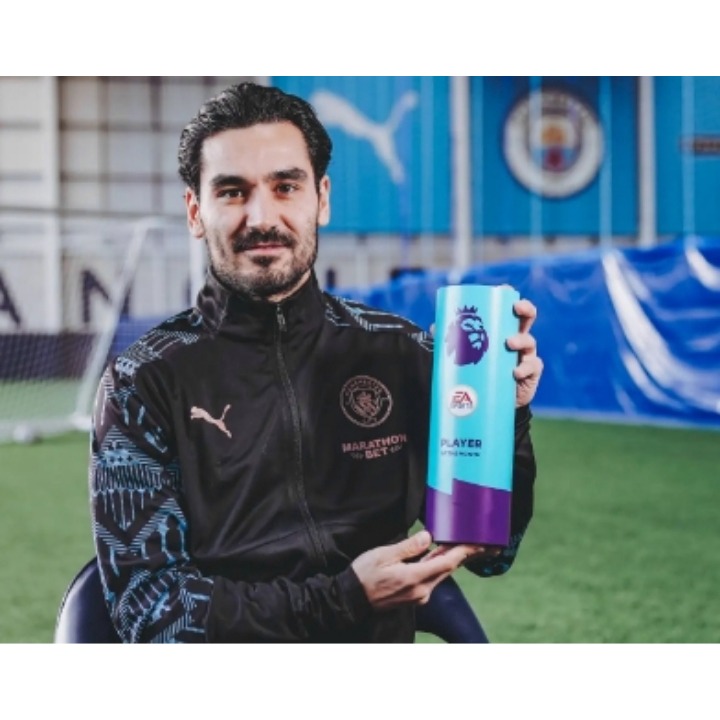 Gundogan scored four goals and provided one assist in five appearances as Pep Guardiola's side won each of their six league games to continue their march towards the Premier League title."I am very proud to win this award again – but I am most proud of being part of this amazing.

"Hopefully we can continue like this because, ultimately, winning trophies is what matters. I know all the squad want that to happen and we will try our best from now until the end of the season." 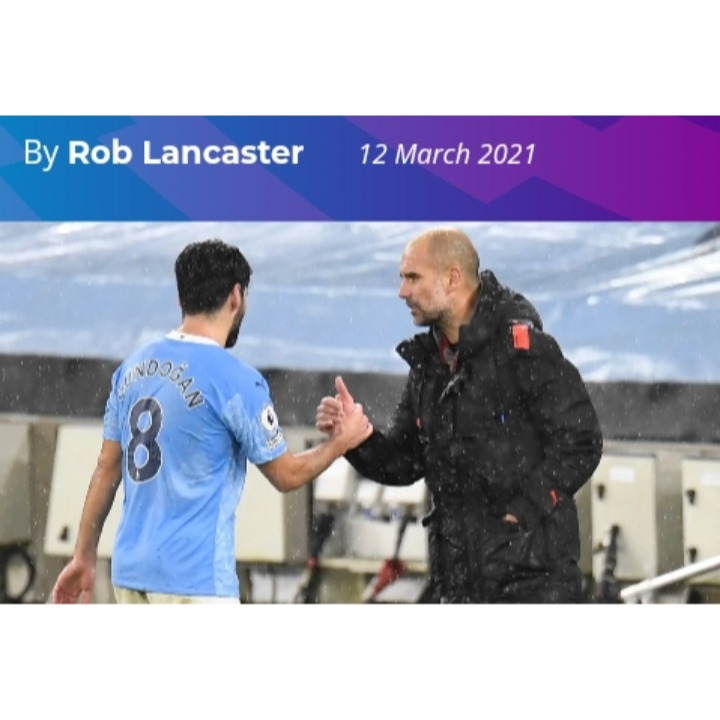 As for Guardiola, he is rewarded after six wins from six in the league during February, a 100 per cent run that saw City score 15 goals and concede just twice.

Fulham's Scott Parker, Wolves boss Nuno Espirito Santo and Thomas Tuchel, who is undefeated in the league since taking charge at Chelsea, were the other coaches on the shortlist.