By Nicky (self media writer) | 1 month ago 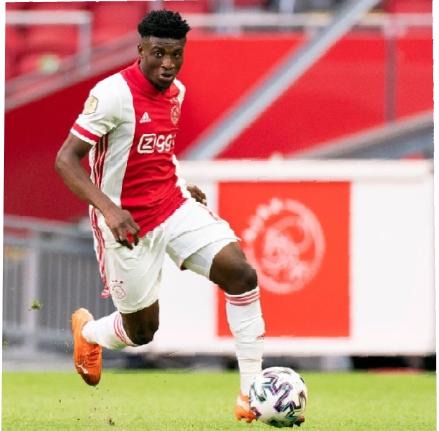 The club masters, Ajax Amsterdam have won their Eredivisie title this season after thrashing SC Heerenveen 5-0 on Wednesday.

Ajax drew a 2-2 against AZ Alkmaar on last Sunday with a point difference of three over their title rivals PSV. Ajax's victory against Heerenveen on Wednesday evening wrapped up the title.

The Ghanaian playmaker, Mohammed Kudus contributed to help his team win to claim the title.

On the 19th minute, Nicholas Tagliafico opened the scoring, which later was doubled by Berghuis to put Ajax in the lead. The Ivorian playmaker, Sebastien Haller score the third goal to make it 3-0 in the first-half.

Mohammed Kudus contributed a lot this season to help Ajax Amsterdam win the Eredivisie title after suffering from niggling injuries. Kudus came off from the bench to replaced Davy Klassen on the 68th minute to play his part.

Mohammed Kudus this season, have suffered injuries which restricted him to make more appearances for his team, Ajax.

Statistically, Kudus made 24 appearances in all competitions for Ajax Amsterdam this season, scoring six goals and making one assist.

The Ghanaian midfielder, have been very outstanding and for his team this season despite having niggling injuries. Mohammed Kudus have so far, won three major trophies with Ajax Amsterdam.

Content created and supplied by: Nicky (via Opera News )