With the start of the new Premier League season only a few weeks away, many Manchester United supporters are looking forward to seeing the Red Devils' new kits. 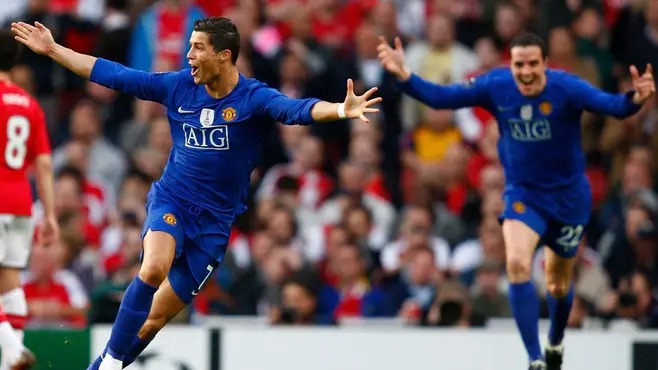 Third kits are frequently the ones with the most distinctive designs. With the unveiling of United's new third jersey just around the corner, here's a look back at some of the club's most memorable third shirts throughout the Premier League era.

United's third shirt from the 2016/17 season comes in at number five on the list. They've had a number of classic white shirts throughout the years, and while this one isn't the most memorable of the bunch, it's nonetheless attractive. The white design is simple, and the dark pattern on the sleeves is similar to that of the 2016/17 home shirt.

Paul Pogba returned that season, along with three new additions, one of which included Zlatan Ibrahimovic. Ibrahimovic made his Premier League debut for United in that shirt against Bournemouth. In that encounter, the striker scored as well, with a long-range shot finding the back of the Bournemouth net. 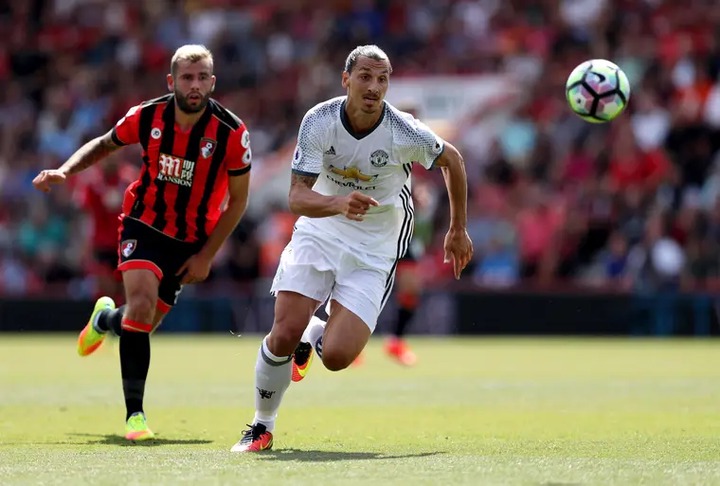 The green and gold shirt, which was worn for two seasons between 1992 and 1994, is ranked fourth on the list. Of course, the colors and design go back to the days when United was known as Newton Heath before changing its name to Manchester United in 1902.

Eric Cantona, one of United's most illustrious players, is generally the first name that comes to mind when seeing this kit. Cantona's famous collar-up appearance is recognized by United and other club fans all over the world. 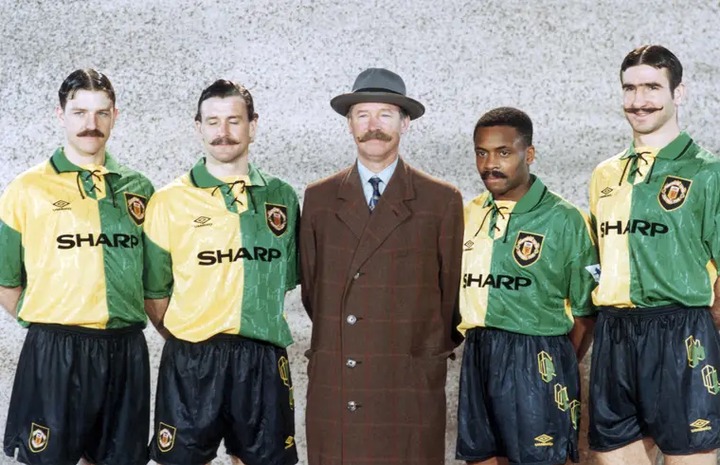 When it got to the third jersey, Umbro undoubtedly crafted a one-of-a-kind design and colorway. It was a great concept and a jersey that United fans will remember for a long time.

The third shirt worn between 1996 and 1998 is ranked third on the list. It's the second Umbro shirt on the list, and it's all blue with black and white patterns on the main body and sleeves.

One of the nicest aspects of this jersey is the centralization of the badge and Umbro logo, a trend that has been on the decline in recent years. However, it was a popular design motif on football jerseys in the 1990s, and Umbro did a great job with it on United's third shirt. 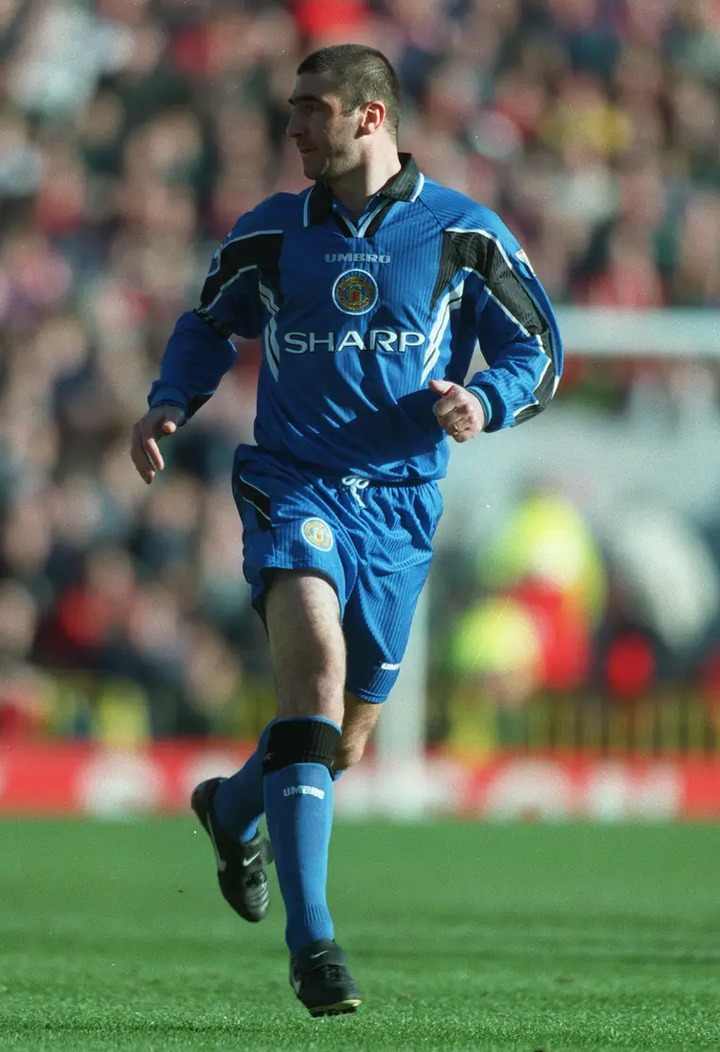 Eric Cantona wore this third shirt for the final time before retiring at the end of the 1996/97 season. United also won the Premier League at the end of the same season, providing the perfect send-off for the Frenchman to cap an illustrious career.

Blue is one of the most popular colors for Manchester United's third kit, and none has been better than the one worn during the 2008/09 season. The kit is fairly simple, consisting of a completely blue shirt, blue shorts, and blue socks.

In this shirt, Cristiano Ronaldo scored one of his most memorable goals for United, a Champions League semi-final goal against Arsenal. Ronaldo's finest goal for United was a freekick from roughly 40 yards out, almost on the touchline. 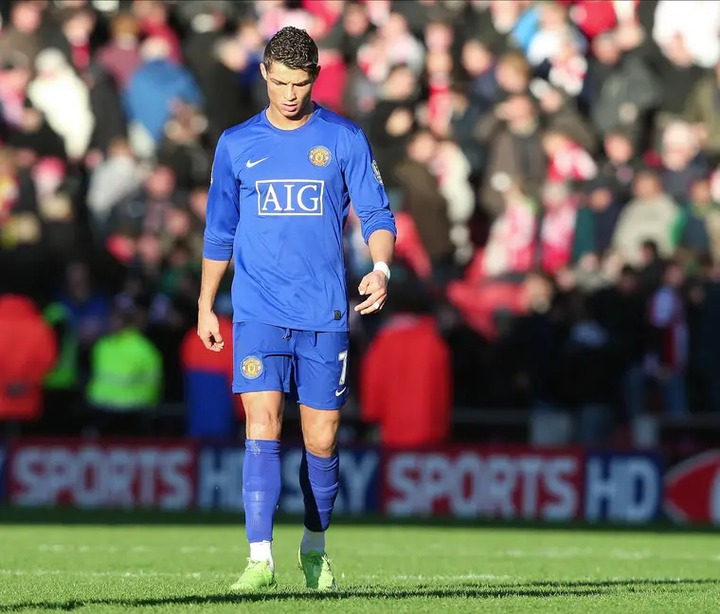 His thunderous drive sailed past Arsenal goalkeeper Manuel Almunia and into the net. It is without a doubt one of the greatest Champions League goals ever.

In the same game, Ronaldo completed an incredible counter-attacking move. He set Ji-Sung Park up with a beautiful backheel pass before racing almost the whole length of the pitch to convert Wayne Rooney's low cross. In a truly iconic third shirt, a dazzling move.

The third shirt from the 1998/99 season takes the top spot on the list. That season was unquestionably the best in United's history, with Sir Alex Ferguson's team winning the treble in extraordinary circumstances.

Despite the fact that this shirt was not worn in a game in which United won one of their three trophies, it is still a fantastic shirt from a fantastic season.

The all-black shirt, shorts, and socks, as well as the green and white trimming, look fantastic together. This kit was designed in the middle of United's association with Umbro, and it is perhaps their best third uniform for the Red Devils. 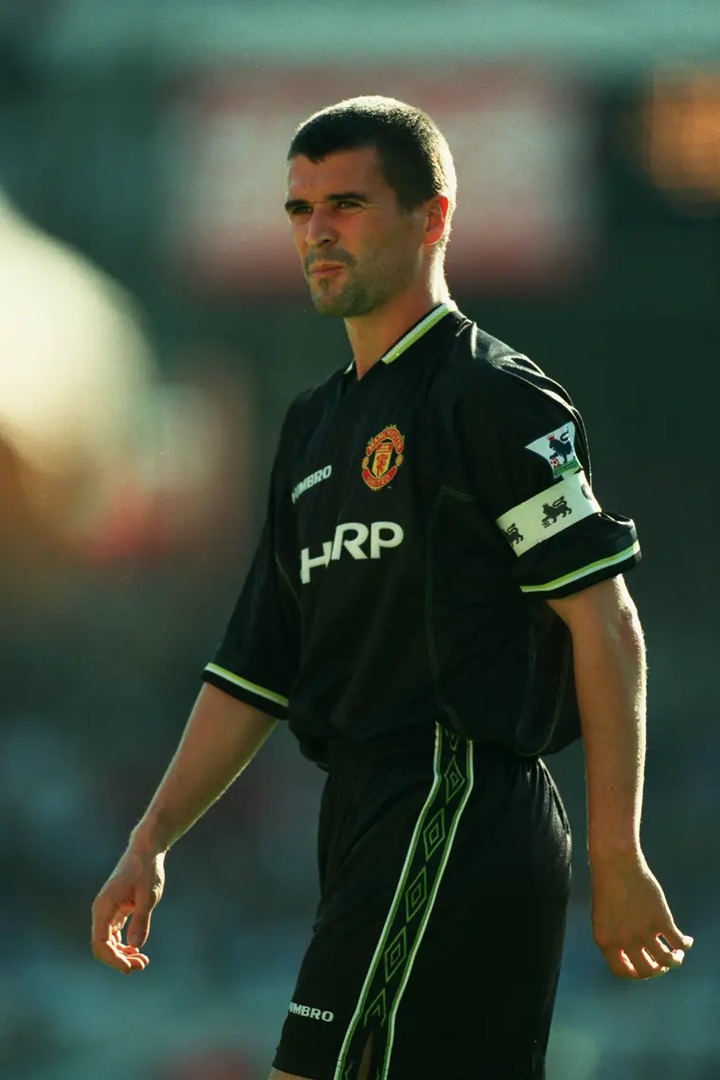 United's three kits from 1998/99, including the white away shirt and the black third jersey described here, are all quite stylish. There's a good case to be made that the treble-winning season's uniforms are among United's best in Premier League history.

This shirt is clearly deserving of a slot in the top five, but it takes the top spot because it was worn during the treble season and is aesthetically beautiful.