"Kroos was fantastic; he didn't give them a sniff," Rio Ferdinand said. The tempo was kept in check. He had Kanté push high to monitor him and then he moved into space because he created so many openings for space. He makes room for Benzema and Modric after that." 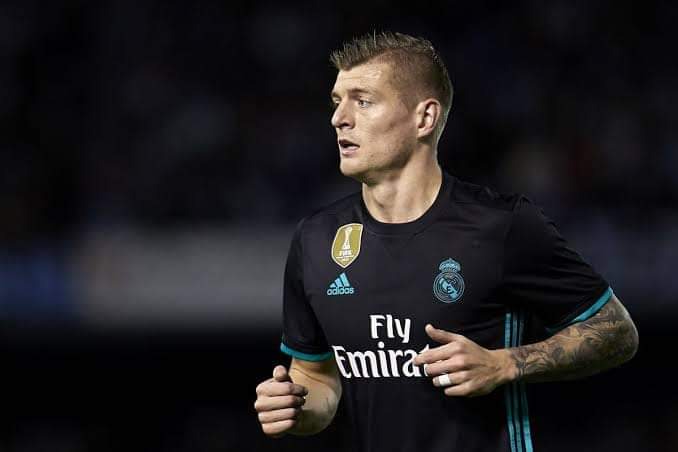 Registas are sometimes underappreciated, owing to their reputation as deep-lying playmakers. They don't typically make those box-to-box runs of a mezzala (No 8) and score a banger/pick out a cross from the edge of the box, and their major function is to manage the tempo and generate chances deep from midfield. They have a better view of the larger pitch and have more control over the game's tempo. Pirlo, Xavi, Kroos, Xabi Alonso, Redondo, and others are some of the best examples of registas.

Xavi, Pirlo, and Kroos were all hybrid mezzala/registas throughout their primes, since they were relieved of defensive duties by Busquets, Gattuso, and Casemiro, respectively. Some, however, caricature them as'slow,' 'back-pass merchants,"side-pass merchants,' 'not physically fit for the current game,' and so on, without appreciating the magnitude of their influence.

Registas are used by modern teams, and the best examples are the recent UCL champions: - Bayern Munich had Thiago Alcântara in 2020, while Chelsea had Jorginho in 2021. Now let's talk about Bayern Munich, a squad who annihilated practically every opponent they encountered in 2020. They had a perfect side until Thiago left, and Kimmich was the ideal replacement. However, no one could replace Kimmich at right back, which is why Bayern has signed Mazraoui. With Kimmich going to midfield, Bayern lost their inverted fullback, who provided a layer of solidity when Davies went forward, while also adding an extra player in midfield, comparable to Cancelo's role.

However, one thing remains: they're still a fantastic and powerful side on their day, thanks to one of the best registas in the world, Kimmich.

A defensive midfielder (Casemiro) and Carrilero (Valverde, a midfielder who is energetic, physical, and has a high defensive work rate) are sometimes used to compensate for the manager's lack of defensive and physical ability. This was the difference between Real Madrid and Chelsea, and despite the fact that both Kroos and Casemiro were not at their best throughout the game, our midfield dominated. In 2020, Zidane's favored midfield trio was Kroos, Casemiro, and Fede Valverde whenever we won convincingly.

Obviously, when Modri regained his fitness and form, things changed, but while Fede was sidelined and Kroos was injured, we lost in the UCL to Man City in 2020 and Chelsea in 2021.

This year was different because Carlo made the right decision by starting Fede, and the quartet of Kroos, Casemiro, Modri, and Fede is well-balanced against press-friendly sides. What I'm trying to show here is that registas don't have to be overly physical or defensive to be an important element of a midfield.

Physical players can play alone as a defensive midfielder, but you'll often see them in a double pivot or in front of a defensive cdm because of the value they bring in the final third. They see the big picture and can change the game's pace in a split second. Don't dismiss their importance; they play a critical role, and while you may be completely unaware of what I'm trying to say right now, it will eventually become clear.

Check How Afriyie Barnieh Made Hearts of Oak Proud

Genuine and fastest way to open your spiritual eyes

Check Out The 2022 FIFA World Cup Stadiums In Qatar (PHOTOS)