They Only Know Us When Broke; Ghana Girls Get Bitter After Thomas Partey Welcomes Baby With A White

By Ghlatestupdate (self meida writer) | 25 days 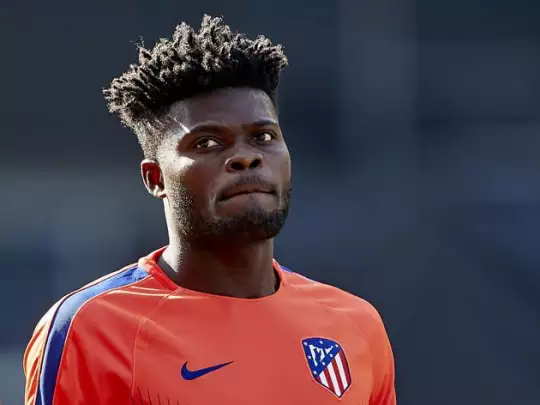 According to a post made by one Mohammed Abdul- Aziz, the Arsenal defensive midfielder welcomed a baby boy with his white wife. Interestingly, the congratulatory post turned into a racist one as many of the comments show people are not happy about Partey' s decision to settle down with white woman. This news came as a shock as it a public knowledge that Thomas Teye Partey was the boyfriend of a model, Gifty Boakye. This latest news about Partey comes days after he was recognised as a La Liga champion despite playing majority of the season as an Arsenal player. The Ghanaian played three games for Atletico Madrid before moving to Arsenal in a deadline day move.

According to Spanish football expert, Guillem Balague, he will be duly recognized.

" Yes, Thomas Partey is officially LaLiga champion. He played three games [for Atlético this season]– two [games] from the start. We don' t give medals [in LaLiga] but he is officially champion. "

Meanwhile, here some interesting comments other member of the group on Facebook. An Drew came to defend Partey