The case of Philippe Coutinho brings back the debate about whether expensive transfers guarantee good performance. 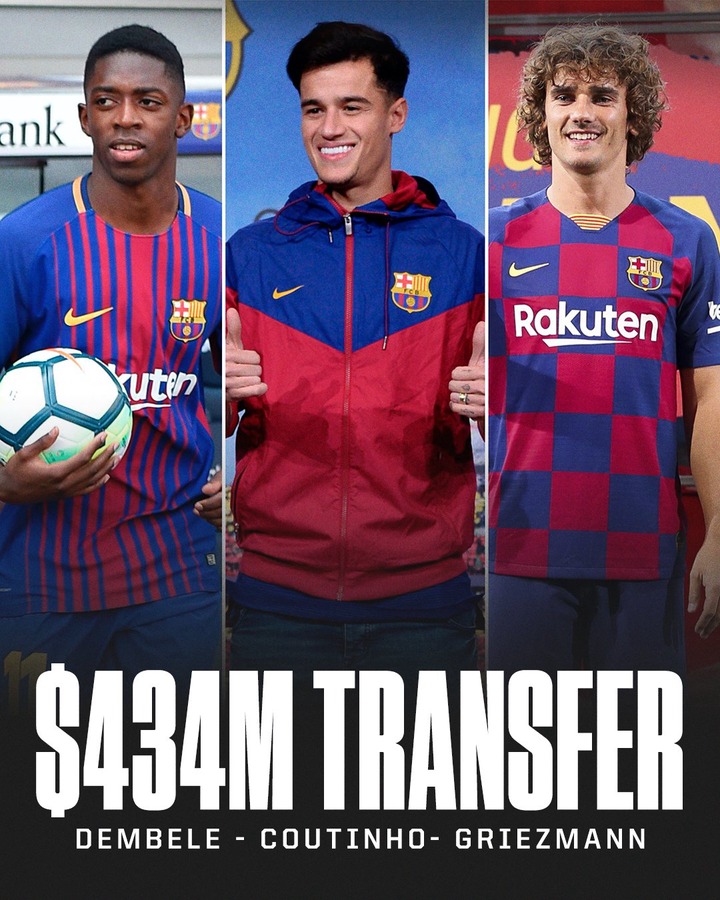 He is the most expensive player in the history of Barcelona, but has so far failed to live up to his price tag.

Throughout the Blaugrana's history there have been some excellent purchases, but also some that haven't worked out.

Griezmann left in the summer on loan plus £34.4m obligation, Coutinho joined Villa on loan this month plus £33m option, Dembele to leave this month in cut-price deal

On the other half of Merseyside, Brazil star Coutinho was warned by then-manager Jurgen Klopp not to give in to big-money proposals from Europe’s superclubs and instead become an Anfield legend for Liverpool.

He told him stay and they will end up building a statue in his honour. Go somewhere else, to Barcelona, Bayern Munich, Real Madrid, and he will be just another player.

The lure of Barça is too overpowering for South Americans however, and in a dramatic turn of events, Coutinho put in a transfer request in order to become the world’s most expensive midfielder in January 2018.

Costing $156mn, the Little Magician was played entirely out of position on the left flank and now plies his trade at Aston Villa.

Antoine Griezmann also rejoined Atlético Madrid in a shock move from Barcelona on a season’s loan with an obligation for the transfer to become permanent for €40m (£34.4m).

The France international left Atlético for Barcelona in a €120m deal in 2019 but has failed to live up to expectations. He has scored 22 goals in 74 La Liga games for the Catalan club.

With Dembele it seems the possible of leaving Barcelona is very high as announced by Mateu Alemany.

Barcelona director Alemany announces: “It’s clear that Dembélé does NOT want to continue with Barcelona. He doesn’t want to be part of our project”.

“We told Dembélé he has to leave immediately. We expect Ousmane to be sold before Jan 31”.

Dembélé-Coutinho-Griezmann, a ruinous investment of €415M. None of the three players have filled the void left by Neymar with his departure to PSG. 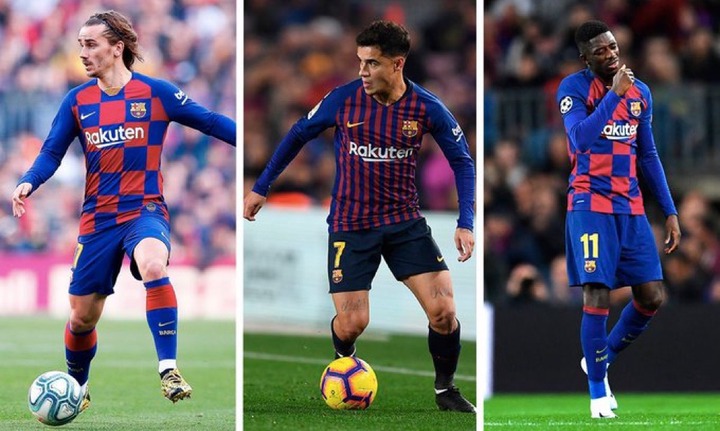 The reasons these players produced bad results at the Camp Nou is basically due to Barcelona’s style of play.

Some might argue with the case of Dembele as purely bad luck citing the number of injuries he suffered during these past seasons.

Messi, Xavi, Iniesta are considered as Barca greats, they chipped in good performances season after season mainly because they understood the system which they were basically born into.

Most players sign for Barcelona and they have to start learning playing football again from a different perspective.

It’s about time we look at “player flop syndrome” at Barcelona as the club being part of the problem.

The club can’t always field players from La Masia who understand the game from the Catalan’ perspective but a change or variation in style of play will help the club in the long run.