By Michael_Asare_Baarffour (self media writer) | 6 months ago 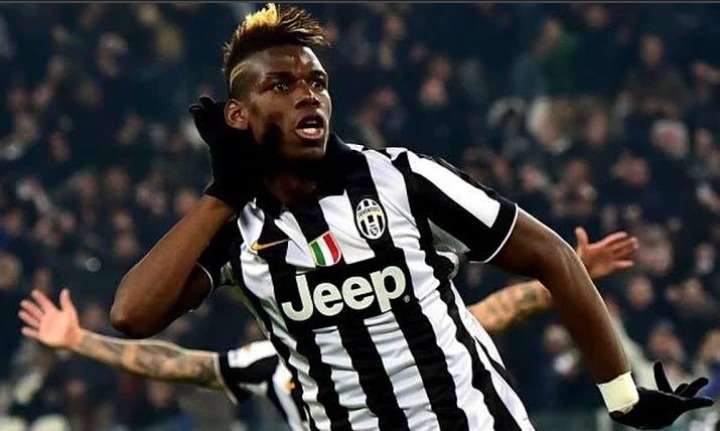 In an interview, Paul Pogba, a French international, said he couldn't wait for Juventus to start winning titles. Paul Pogba left Manchester United and signed for Juventus when his contract with the club expired.

Since I'm back, you can tell that I'm ecstatic about it. "I can't wait to start with you and win titles again," Paul Pogba said in a short video uploaded on Juventus' Twitter page upon his introduction to the club.

Pogba, who joined Manchester United in 2016 for a record-breaking £89 million, returned to Juventus on a free transfer.

Juventus signed Paul Pogba in 2013 and he played there till the beginning of 2016. His four Italian league titles, two Coppa Italias and three Italian Super Cups helped Juventus advance to the finals of the UEFA Champions League in the 2014–2015 season. 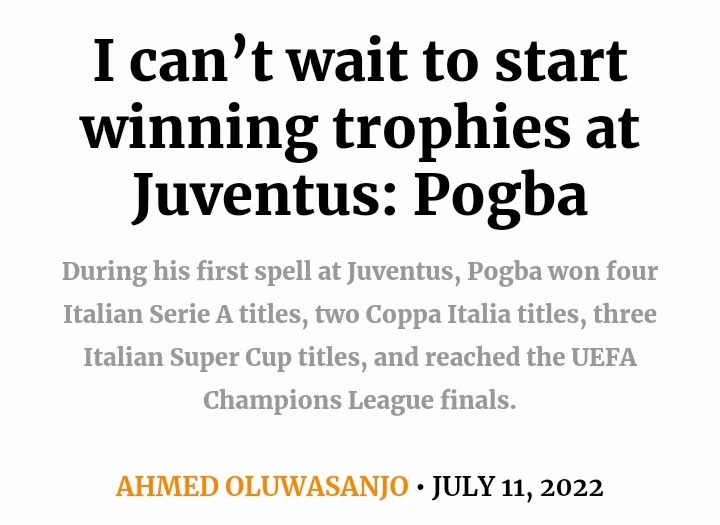 Chelsea's French midfielder has had a more successful six-year spell at Manchester United. The 29-year-old spent six years at Old Trafford where he won the Europa League, FA Cup and EFL Cup during his time there.

The question is, what do you think about this? Let us know what you think.