A chilling account of how Black Stars player, Mubarak Wakaso rose to prominence

By Braajoe (self media writer) | 2 years ago

Mubarak  Wakssso had his first stint with the Black Stars in 2012 and has since played 58 matches and scored 12 for the national team. Astonishingly, some years ago he lived around Sam Jonah Estate Obuasi where he played with his area guys just at the time his God given talent was realized.

Some of the guys used to mock at him because  he was viewed as not having a pleasant  look at that time. Wakasso used to wore  torn uniform and slippers to school very often. He walked desperately on the street to go train looking hungry but was always determined to actualize his dream and talent.

His peers in the hood will often joke around him but little did they know that  "since the tail of a cow could not remain on its buttocks forever it will not remain in the hands of the fetish priest perpetually", today his affluence and opulence is far advanced than any of his  mockers. I remember when he boastfully said in an interview with my producer Enoch Manu (Sergio) that "by God's grace I have space in my home so I train indoors in the era of covid 19". Wow This guy has a lot of confidence in himself now than ever. Mubarak Wakaso finally left Accra on Thursday for the commencement of a  new career with Jiangsu Suning 6 months after he was supposed to have joined the Chinese Super League side.

Interestingly the Chinese billionaire got their private jet in amalgamation with a special permission from the Ghanaian authorities to allow the midfielder fly out despite the closure of our borders over the Covid-19 pandemic. I

Urge you not to look down on people today because you don't know what  tomorrow holds. The 29 year old native of Tamale spent the better part of his career in Spain with Elche in 2008 before leaving for Villareal, Espanyol, Las Palmas,Granada and Alaves respectively. One  lesson we can have from the story of Wakaso is that you must at all times have clear conscience in life and dont give up on your dreams when u still have life. 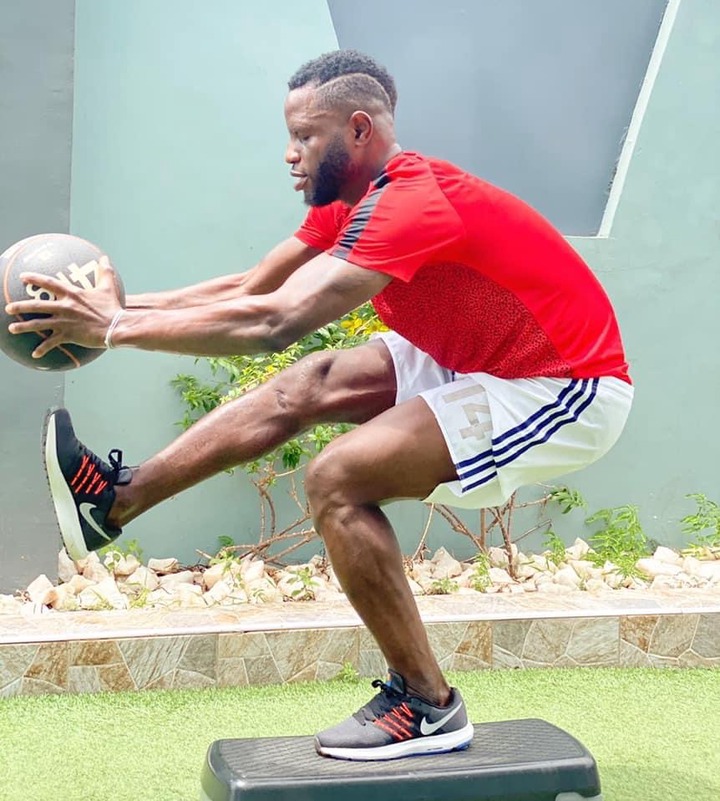