By @MdkBanahene (self media writer) | 1 year ago 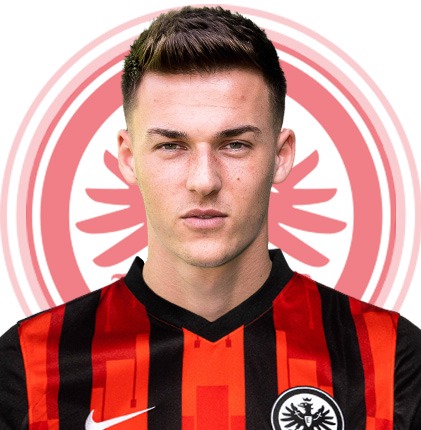 Ajdin Hrustic is an Australian professional footballer who plays as an attacking midfielder for Eintracht Frankfurt in the Bundesliga. Born in Melbourne, Hrustic played youth football with South Melbourne and Schalke 04 before moving to FC Groningen, where he made his professional debut in 2017.

Australian midfielder Ajdin Hrustic scored a bizarre late equaliser on Sunday to give Eintracht Frankfurt a 1-1 draw with local rivals Mainz and prevent their Champions League suffering a worse blow.

Hrustic managed to lob Mainz goalkeeper Robin Zentner while lying on the floor to score his first ever Bundesliga goal.The draw dropped Frankfurt out of the top four for the first time since January, as they slipped a point behind Borussia Dortmund.

Austrian striker Karim Onisiwo fired Mainz in front with a daisy-cutting long-range effort on 11 minutes. Frankfurt remained blunt for much of the second half, before Hrustic struck late to save a point. Having fallen over after his first shot was blocked, the midfielder flicked out his left leg from the floor to send the rebound looping into the net.

I know you have seen many incredible goals in your life but trust me, this is Superb. Looping a ball over a goalkeeper whiles on the floor, I have never seen a goal like this before because I don't think a goal like this has ever happened in Football History. I know you will love to watch the video. 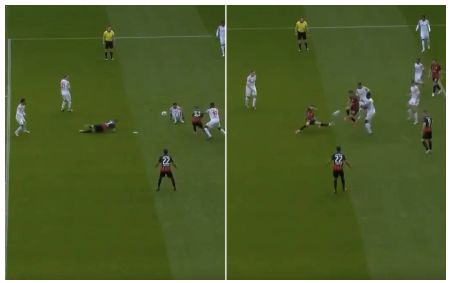 How do you see the goal?

Thanks for reading. OneLove ♥️.