By BassTV (self media writer) | 4 months ago 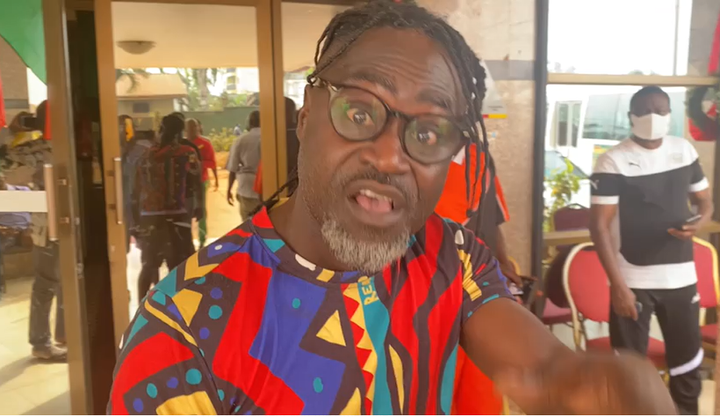 Patrick Osei Agyeman, a controversial sports presenter, has launched verbal shots at Ghana Football Association president Kurt Okraku, following his claims that if Ghana had a national squad, he would include Cristiano Ronaldo or Lionel Messi in it.

In an interview with Skyy Power 93.5FM, the GFA President stated that Ghanaians should nominate a player who plays in a similar manner to Cristiano Ronaldo or Lionel Messi since "the guys who represented Ghana are the best players we have."

"If there is a Ronaldo or Lionel Messi type of player someplace who will jump right into our first eleven, just let me know and I will include him," he continued.

Countryman Songo, however, reacted to the statement by calling Kurt Okraku's remarks "unfortunate."

He argued the GFA president's comment was myopic and that he has no better vision for the country.

"Is it true that every country has a Ronaldo or a Messi? You've turned your back on us by sending the greatest players to the competition. It doesn't make sense; some people aren't born wise; it's as if they don't have common sense. Is it only Ronaldo or Lionel Messi who have earned national honors, because if you say that to me, I will tell you that you are not wise "Songo remarked.

He claimed that Kurt and his GFA officials administer the organization in the same way that football agencies do. Kurt Okraku, despite studying in Europe, has not proven to be wise, according to him. "Who doesn't know you're the head of the Black Stars' football agency and company? Are they the best players on the team? It denotes a lack of vision and a lack of financial resources. People like you simply go abroad and have nothing to show for their efforts in terms of expertise "he explained.