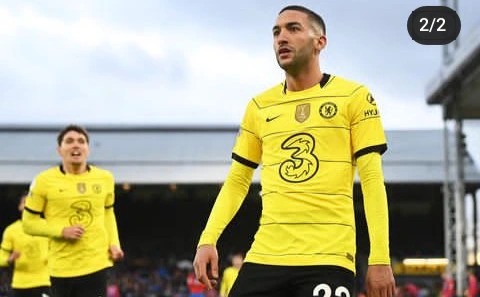 According to reports, Chelsea has set a price tag on Ziyech.

Ziyech finished the most recent season with Chelsea having contributed 5 goals and 4 assists to the team's overall total.

Emmanuel Dennis has reportedly finished the medical tests required by Nottingham Forest, as reported by Fabrizio Romano, the striker for the Super Eagles. He will commit to the club for the next four years by signing a contract.

A fee has been agreed upon with Watford, and the transaction is scheduled to be finalized within the next few hours. After bringing in Taiwo Awoniyi, Nottingham Forest will make him the second striker from the Super Eagles that they have signed.

Tomori commits to a new term with AC Milan.

AC Milan's Fikayo Tomori has renewed his contract for another five years with the club. The 24-year-old player first signed on loan from Chelsea in January 2021, and then made the transfer permanent during the summer of the following year for a fee of £26 million.