La Liga Santander Team of the Week: (+Pictures) After Week 34 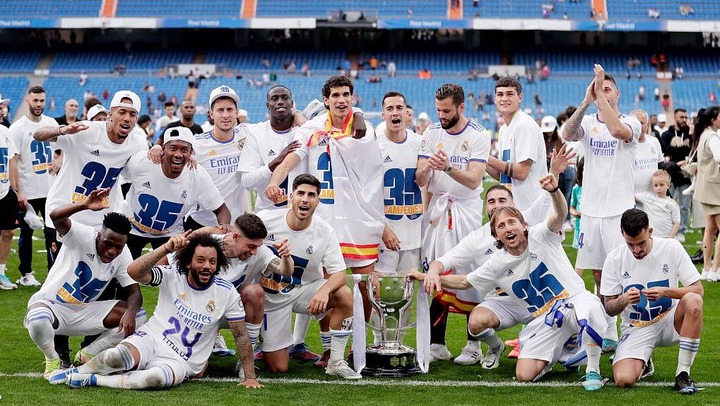 The La Liga Santander is not yet over with at least four more games to end the season but sounds over for Real Madrid after were crowned champions on Saturday following their victory against Espanyol, 4-0 at home.

And at the courtesy of sofascore, here is the La Liga Santander team of the week.

Six stops and a clean sheet were enough for Real Madrid to achieve their set target on Saturday - the La Liga title placing the Belgian on the goal line. 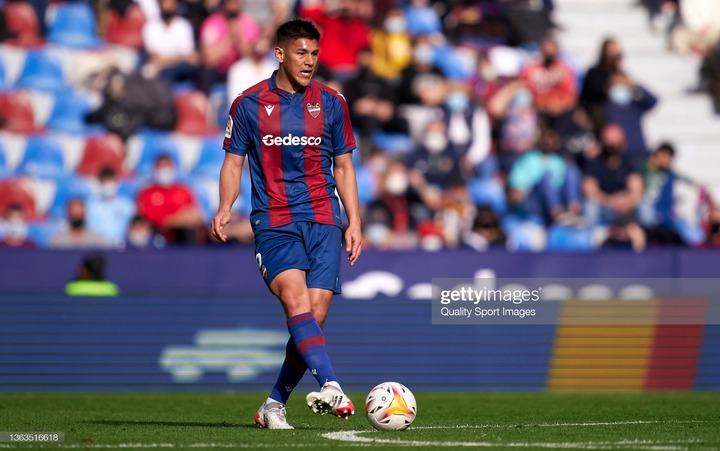 Duarte's head goal was enough to rule out the possible loss to Valencia from away.

Great defensive plays from Ruiz at the heart of Real Betis's defense keep them in play at the 5th position, three points away from the Champions League.

The Frenchman comes in as the third defensive mindset this week. He was a key figure in Sevilla's draw. 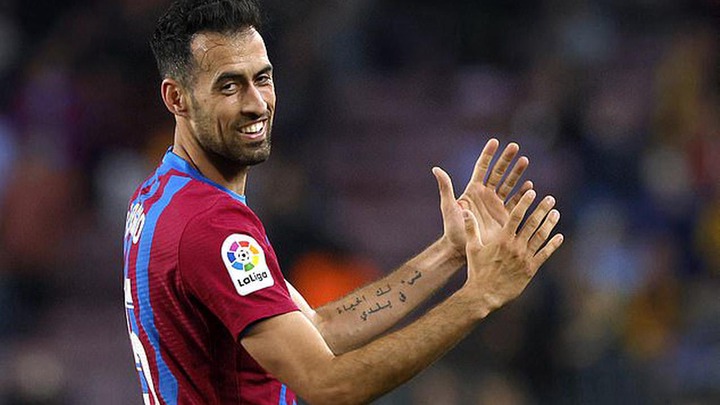 Got Barca the second goal and the winner, such a brilliant finish is very rare of him. The 33-year-old have the vision and power to shoot his way in an important game like on Sunday.

Camavinga has a bright future ahead of him in the world-class zone. His determination and work rate is magnificent. Earned his 11th start in the La Liga, he ensured every minute was accounted for, registered an assist, and the first title in his career.

His performance was uniquely designated a rare one to be precise, held down the flanks mostly the third half, and came up with an assist. 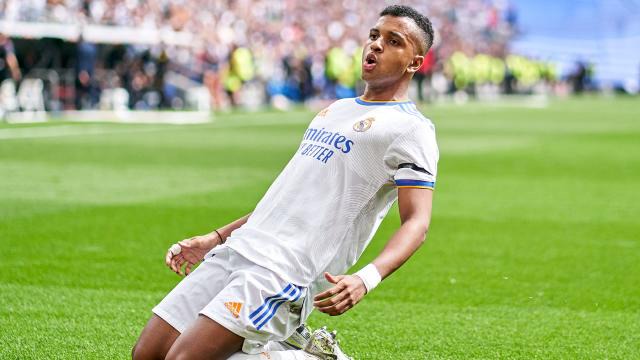 The Brazilian indeed is a brilliant player with a lot of potentials. Took the lead on the first two goals gave the 'Los Blancos' something to hold onto which paid off as the reigning La Liga Champions. 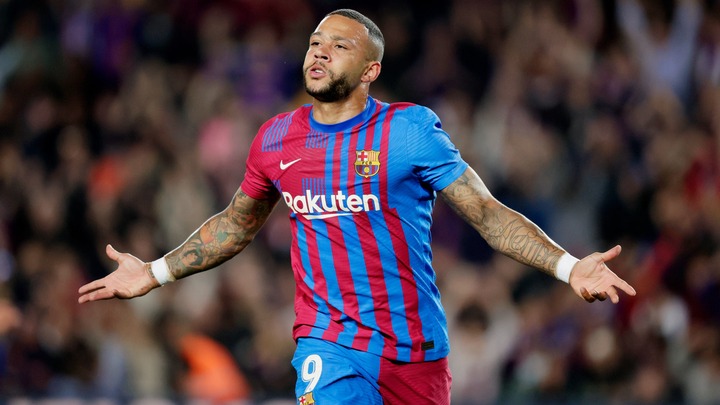 Played his usual left winger position, Depay owned the pitch through and through in Mallorca's half getting on the score sheet and the highest-rated player.

Resilient spirits are Levante's hallmark recently, although, at the bottom of the league table, they are trying to avoid relegation, drew against Valencia this week, and Morales was the star performer. He had an assist and a couple of shots attempt. 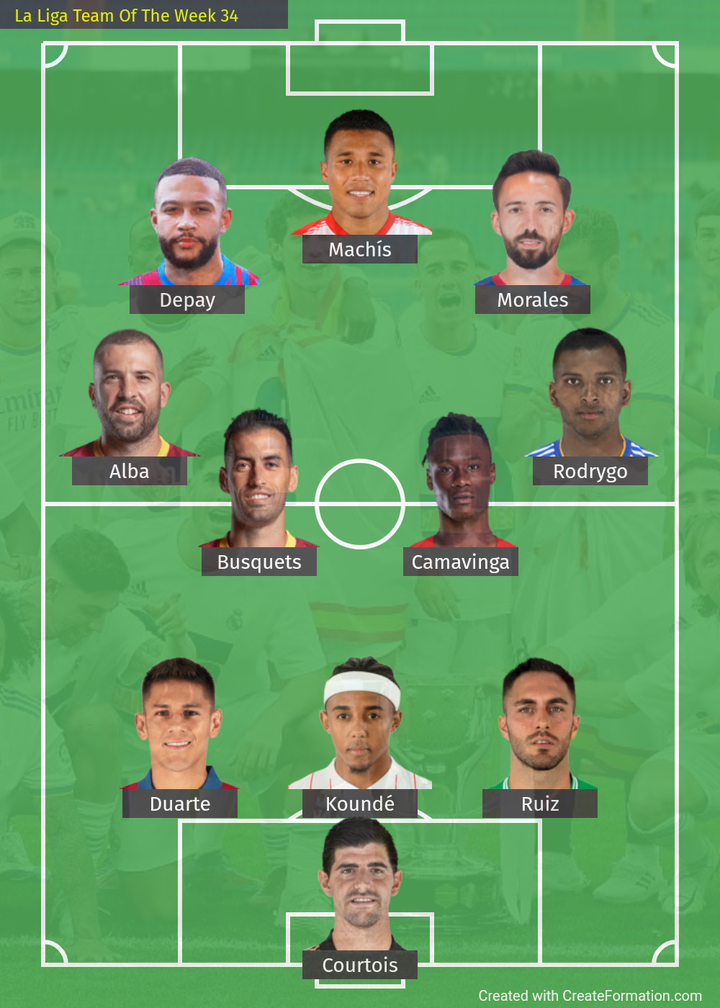 Lead Granada at home grounds, Machis troubled Celta Vigo defense from the bench equalized at latter of the match.