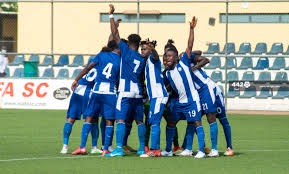 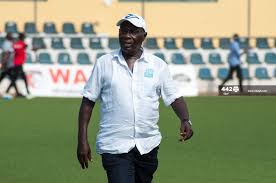 The win at home for the Dade Boys puts them in a way that the team has won all last three home games and only a draw in the last five league games played at home.

The Wonder Club approached the game with their orthodox line up, having goalie Stephen Kwaku as usual in goal post together with skipper Razak Kasim, the two Abbey-Quaye brothers were on parade last Monday afternoon.

With RTU, Ronald Frimpong was the leader of the the team at Accra Sports Stadium, new signings Victor Aidoo from Hearts of Oak and Rashid Alhassan were all given starting place in the team whiles poster boy David Abagna still remained at sideline.

The young midfielder of the blue and white stripe shirt, George Asamoah pounced on a loose save from goalkeeper Yaw Osei to score from a header from Daniel Adrian Adjetey's teasing free kick delivered.

The home team failed to double their lead in the game after dominating play and took over every department on the field of play before the whistle was blown to end the first half of the game.

The away team started the second half on a good note, they went to right all their wrongs and looked like settling really well in the fixture but their early goal incursions proved fruitless.

Skipper Ronald Frimpong of RTU converted a penalty at the 84th minute to get the away team back on level terms and believed to be like earning a point at an away venue.

Former Black Starlet forward, Sulley Ibrahim was introduced into the game to get Olympics the winning goal with a cool finish when the game was nearly ending but he rescued his side to maintain a super form at home. 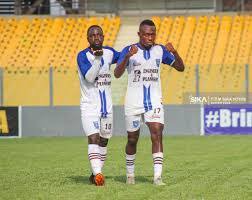