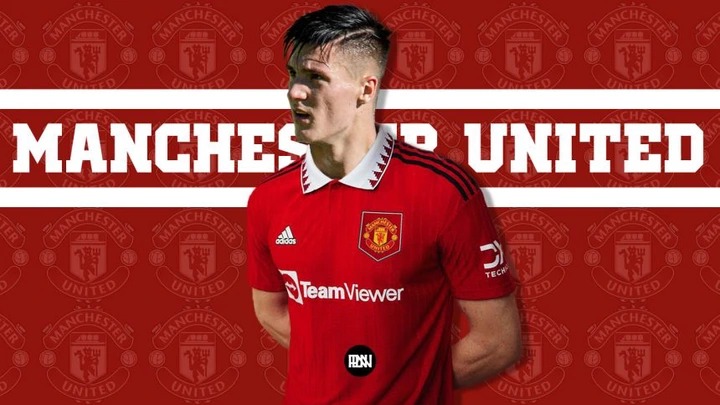 Ademola Lookman, a star for the Super Eagles, has officially moved to Atalanta permanently from RB Leipzig. Atalanta plays in Serie A. The 24-year-old player officially signed with Leipzig in 2019, but prior to that he had stints on loan with both Fulham and Leicester City. During the 2021/22 season, he made a total of 42 appearances for the Foxes, during which he scored eight goals and registered five assists.

Real Madrid Has Their Eyes on a Man United Player

According to Radioestadio Noche, Real Madrid has Benjamin Sesko on the shortlist of players they are considering as a possible long-term successor to Karim Benzema. Sesko has been linked with a move to Manchester United in recent months. Sesko, a striker now playing for RB Salzburg, has been connected with a move to Old Trafford, where it is believed that discussions have taken place. It is also said that Chelsea, Liverpool, and Barcelona are interested in signing Sesko. The European champions have also shown interest in Amine Gouiri, a forward now playing for Nice, as a potential replacement for Karim Benzema at the Bernabeu.

Midfielder from Benfica is on his way to Charlotte.

According to O Jogo, Nuno Santos, a midfielder for Benfica, is in the process of signing with Charlotte FC. Santos played for Morieirense and Boavista while on loan before spending the previous season with Pacos de Ferreira. The 23-year-old has also played professionally for Pacos de Ferreira. On the international stage, he has competed for Portugal up through the Under-21 level.

Nuno Santos, a Portuguese attacking midfielder, has been signed by Charlotte FC after the club made the transfer from SL Benfica.

Wijnaldum is now in Italy ahead of his move to Roma.

Gini Wijnaldum, a midfielder for Paris Saint-Germain, has now landed in Italy in preparation for his transfer to Roma. At the airport in Rome, when the Dutchman arrived, he was met by hundreds of supporters who sang his name. The former Liverpool player will initially join the Giallorossi on loan for the upcoming season, with an option for the Giallorossi to purchase him at the end of the loan.

Following the announcement that Paris Saint-Germain has "agreed to loan move with obligation to buy," Georginio Wijnaldum is expected to transfer to Roma.

Vlasic is a target for Torino, who are currently playing West Ham.

According to Gianluca DiMarzio's sources, Torino are actively pursuing a transfer for Nikola Vlasic from West Ham. The club is willing to let the Croatian go out on loan for the upcoming season because he is not included in their plans for the upcoming season. In the 2017–18 Premier League campaign, Vlasic made 19 total appearances and scored just one goal.

Two clubs are competing to recruit Nikola Vlasic as West Ham United manager David Moyes comes to terms with the prospect of spending £27 million on a new player.

City's negotiations with Anderlecht regarding Gomez are making progress, although the club is still looking for a left back.

Anderlecht and Manchester City are making headway in their negotiations on the left back position held by Sergi Gomez. On the other hand, the 21-year-old is not considered to be a viable substitute for Marc Cucurella at this time. Gomez is viewed by City as a fantastic development talent for the future, and the club is eager to bring him in. Even if they are successful in signing Gomez, they will continue to look for another first-choice left-back to add to their roster.

As the search for a left defender continues, Manchester City have turned their attention to Anderlecht's Gomez, according to Goal.com. Ireland

The striker Plea is expected to move to Nice soon.

Alassane Plea, a striker for Borussia Monchengladbach, is reportedly close to finalizing a trade to Nice. This information comes from Le 10 Sport. The 29-year-old forward has garnered interest from several clubs in the Premier League, but he is eager to play in his native country instead. During the 2022-2023 season of the Bundesliga, Plea played for Gladbach and contributed 10 goals and 33 appearances.

According to Gianluca Di Marzio, Nottingham Forest are in negotiations with Atalanta to recruit midfielder Remo Freuler. Freuler now plays for Atalanta. The Premier League new boys, who have already recruited 12 new players this summer, have identified the 30-year-old as a key priority of their recruitment efforts. After spending the previous six years in Italy with Atalanta, Freuler is expected to make the move to England after the two teams have reached an agreement on the final transfer fee and are working together to complete the deal.

footballitalia's tweets, as seen on Twitter: "It has been claimed that Nottingham Forest and Atalanta have begun negotiations over a potential transfer of midfielder Remo Freuler. https://t.co/JhCScHKeEA #Freuler #Atalanta #NFFC #NottinghamForest #SerieA #EPL #Calciomercato "/ The Twitter

Kion Etete, a striker for Tottenham, has signed a contract with Cardiff City for three years at an undisclosed salary. Etete made his first appearance in a professional game with Notts County in 2018, and after having a successful trial with Spurs in North London the following year, he signed with the club.

Burnley has completed the signing of Benson on a contract for the next four years.

Manuel Benson, an offensive midfielder, has been acquired by Burnley from Antwerp on a four-year deal for a price that has not been published. The 25-year-old player has spent the majority of the last seven seasons competing in the first level of Belgium's football league with Antwerp and Genk. He has had loan stints with Mouscron and Eredivisie club PEC Zwolle in between those seasons.

The Los Angeles Galaxy made the news public today that they have sold the rights to their midfielder Rayan Raveloson to the Ligue 1 team AJ Auxerre.