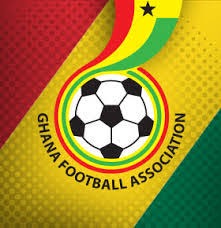 The Ghana Premier League has been postponed until 2022–2023, according to the Ghana Football Association (GFA).

The judgment was issued in response to an injunction Ashanti gold requested from the Human Rights High Court, according to a statement posted on the FA's website on Thursday, September 29, 2022.

The statement continues, "This is in response to a Motion on Notice for Injunction filed yesterday at the Human Rights High Court by Ashanti gold SC and served on the attorneys of the GFA yesterday afternoon."

The league would be put on pause after receipt of the Motion by the Association until October 14, 2022, when the court will decide on a Motion on Notice for Injunction, the FA noted.

In its statement, the GFA urged for calm among all parties involved at this tumultuous time.

The statement pleaded with all parties involved, including match officials, administrators, officials, and supporters of the league and the clubs to maintain calm, as well as sponsors, partners, and clubs who have invested in the league and players whose livelihood depends on it.

The GFA promised all interested parties in their statement that they would make sure the league's schedule wouldn't be impacted.

In order to prevent additional calendar disruptions during this World Cup year, the Association promised to "seek remedy for the fast restoration of the Premier League."

The Committee then punished the other officials implicated and downgraded both teams to the third-tier league in the nation.

On September 9, 2022, Ashanti gold filed a lawsuit with the Human Rights High Court requesting an injunction to stop the start of the upcoming Ghana Premier League season in reaction to what the Miners perceived as an unjust decision by the GFA.