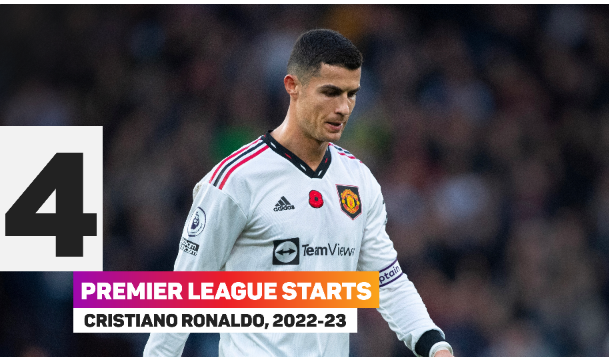 Cristiano Ronaldo's scathing criticism of Manchester United will not have an impact on Portugal's quest for World Cup glory in Qatar, insists midfielder Joao Mario.

Ronaldo has endured a torrid season after reportedly expressing his desire to leave Old Trafford in the transfer window, making just four Premier League starts and only scoring once in the competition.

Having been temporarily exiled from first-team activities by Erik ten Hag after refusing to come on as a substitute against Tottenham last month, Ronaldo's United future is again in doubt following his decision to grant an explosive interview to Piers Morgan.

In early excerpts published from the interview, the five-time Ballon d'Or winner claimed to have been "betrayed" by United and said he has no respect for Ten Hag.

Ronaldo is set to begin his fifth and likely final World Cup campaign this month, and international team-mate Joao Mario does not believe Portugal will suffer for the 37-year-old's actions.

"I don't see a problem with the timing, so it's fine for us," Joao Mario said at a press conference on Tuesday.

"I don't think it puts further pressure on him or on us. We're used to dealing with great pressure.

"It's not the first time that a player comes to the national team having a problem with his club. One of the advantages is that we put everything to the side when we are here. "When we get to the national team, it's another working group and we try to focus on what's most important.

"The headlines are always about him. Honestly, every time we come to the national team, the first questions asked are always about Ronaldo. The focus is always on him, and we are used to that.

"He is always happy when he is with national team. I saw him yesterday and he is fine, as always when he arrives here.

"He is totally focused on the national team and he is going to be a big help for us at the World Cup."

Portugal will begin their Group H campaign against Ghana on November 24 after taking on Nigeria in a pre-tournament friendly on Thursday.

Having scored at the 2006, 2010, 2014 and 2018 World Cups, Ronaldo could become the first player to score in five different editions of the tournament when he takes to the field in Qatar.

However, all seven of his World Cup goals to date have come in the group stage – no player has scored more goals at the tournament without finding the net in a knockout game. Content created and supplied by: Med844650 (via Opera News )