A penalty converted by their Cameroonian import Frank Etouga Mbella aided them to that victory at the Baba Yara Stadium in Kumasi, and, afterwards, they have struggled to put results together as they chase a first GPL crown in eight years.

Just after the win over the Phobians, Kotoko lost 2-1 in their next game to Real Tamale United, RTU at the Aliu Mahama Sports Stadium in Tamale. 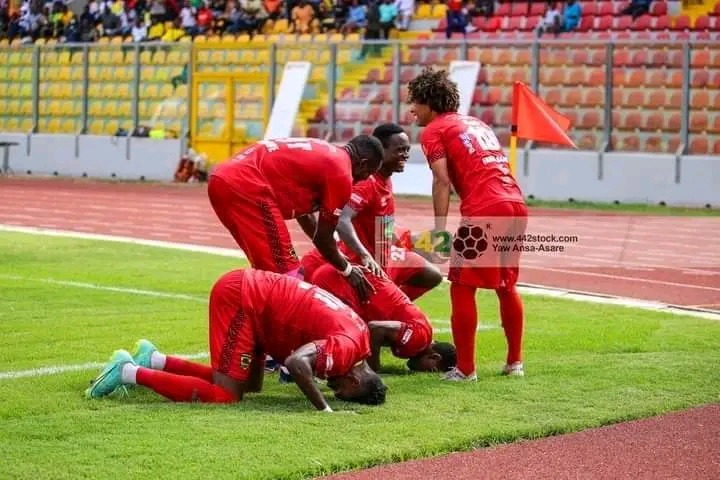 That setback continued in the next game as they lost 3-1 at home to Legon Cities to record back-to-back defeats in the ongoing competition for the first time.

There was some relief for the Porcupines as they defeated WAFA away for the first time at their home.

Etouga Mbella was on hand to score the only goal of the game as Kotoko won 1-0 at the Red Bull Arena, Sogakope.

The momentum they gained with this victory whittled as they were held to a 1-1 drawn game by Aduana FC at the Baba Yara Stadium.

Ironically, Asante Kotoko defeated the Fire Lads 2-0 at Dormaa Ahenkro during the first round of the campaign.

On Sunday, they suffered yet another defeat after going down 1-0 to Berekum Chelsea in Kumasi as they saw their lead at the top of the table cut to six points.

Yet, they are the bookmakers favourites to win the title at the end of the campaign as they chase a record extending 25th GPL title.

Asante Kotoko will continue with that quest at the weekend when they trek to Tarkwa to play second placed Medeama SC at the Akoon Park.

Can The Fearless and Courageous Okudzeto Win This War?

26-06-22: Thunderstorms And Rains Forecasted To Occur In These Areas

Yaw Tog gets shamed by netizens by literally blaming a spiritual attack on his music career.