Iron Biby, also known as Ahmed Al-Hassan Sanou, was greeted as a national champion at the international airport in Ouagadougou on September 20. 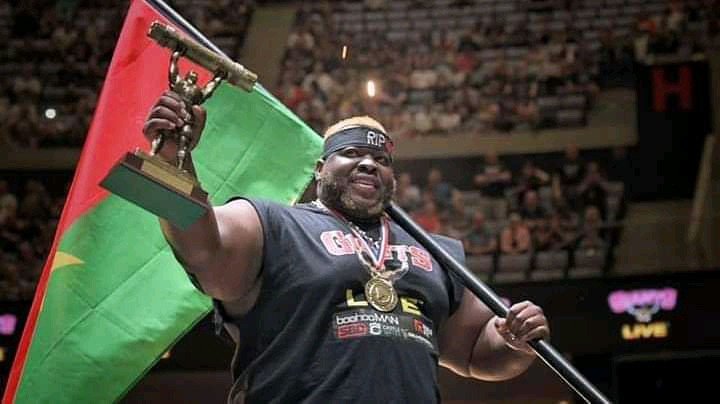 Members of the National Union of Stallion Supporters (UNSE) and many other followers of the world's strongest man have made a point of greeting the hero, who has just raised the national flags in Scotland, notably in Glasgow, wearing T-shirts with words of recognition for his exploits.

Trumpets, gigantic drums, percussion instruments, songs, and other instruments are used. To commemorate the return of the Log Lift's recordman to his home, the entire arsenal of delight was deployed. At the arrival of the native of Bobo-Dioulasso, an electrifying mood prevailed, attesting to the Nation's full appreciation of his son. 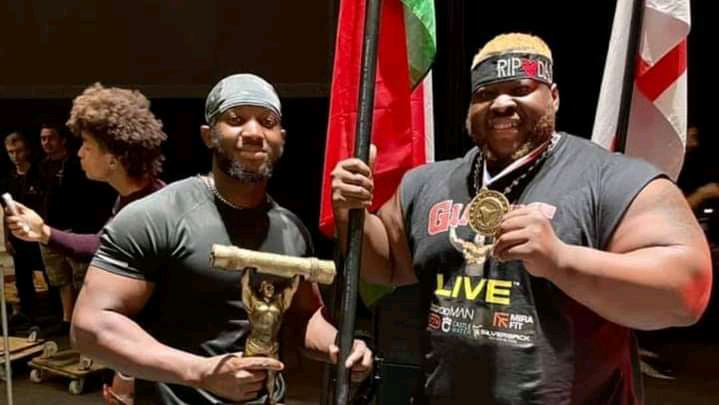 "My brother, Iron Biby, is a Burkinabè. We are quite pleased of him because he has truly honored the country, and we are here to offer him the warm greeting that he so richly deserves "Mamadou Koné, a Burkinabe supporter, expressed his admiration for the athlete.

The world record holder in lifting logs was finally presented to his fans, who had been waiting for him since 7 p.m. (local time). The people, enraged by his presence, yelled his name without constraint, followed by all possible qualifiers: "the King, the Big Boss, the national pride," and so on. 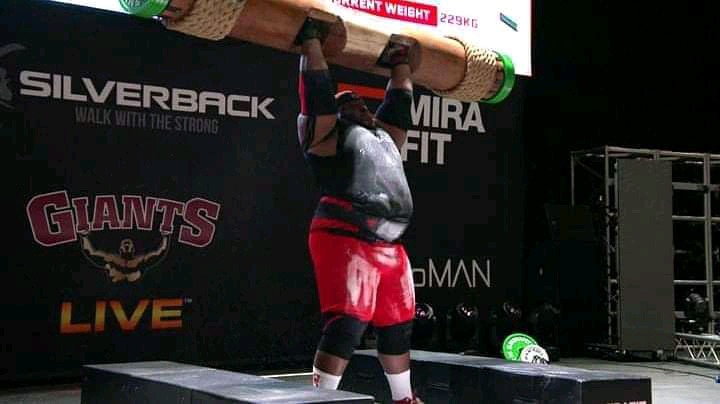 With a broad smile on his face, a trophy in hand, and the Burkinabe Minister in Charge of Sports, Dominique, by his side.

Iron Biby's Dominique Nana expressed his gratitude for the great reception he received from the public, saying he was "moved" by it.

"After my father's death (his father died recently, editor's note), I wanted to pay tribute to him and to Burkina Faso. I'm still hurting, but I'm doing my best to keep honoring him. This trophy is dedicated to him, as well as all Burkinabè "According to the world record holder for the Log Lift,

"I've been trying to beat this record since 2018," he said. "Now it's done, and I'll do my best to raise it to a new level to make it even more difficult to beat."

He also expressed gratitude to Minister Dominique Nana for his assistance and encouraging messages. 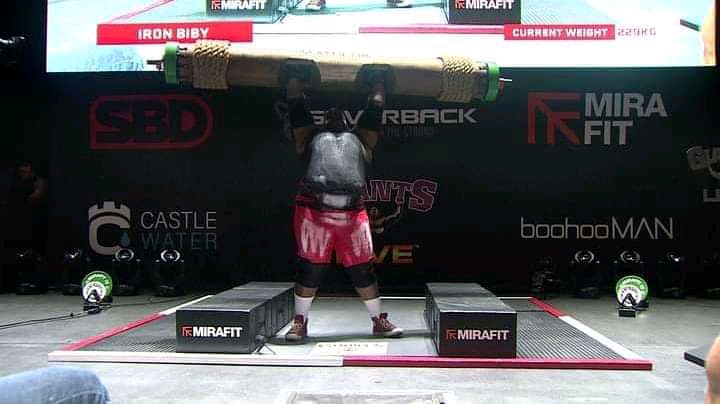 The minister, for his part, congratulated the world champion on his accomplishments and assured him of his department's full support and assistance.

Dominique Nana also lauded the achievements of a "courageous and patriotic man who is the pride of Burkina Faso, far beyond its borders."