By Raysportz (self media writer) | 11 months ago

Chelsea fans and players were heartbroken after a terrifying lose against Wolves on Tuesday. Chelsea had the first goal of the match but couldn't maintain the lead and conceded two goals making it a 2-1 defeat. Today,we bring you tactical display in the match. 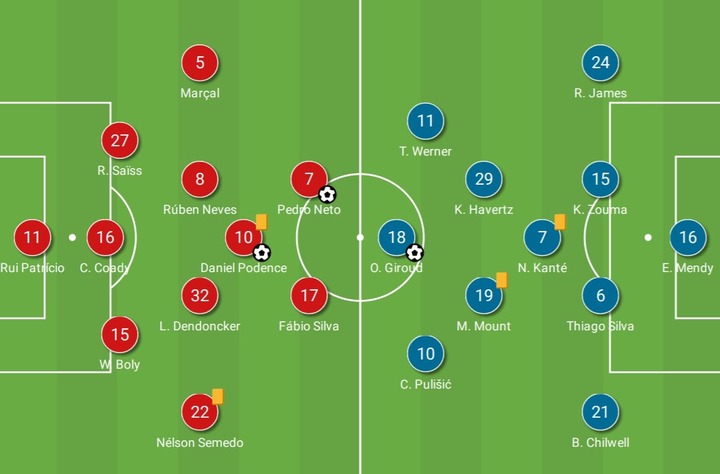 Wolves monitored the game so well and were never in a rush. Wolves were missing two good players that is Jimenez and Mourinho. Silva led the attack in Jimenez's absence which was at Chelsea's advantage. Chelsea had a good number players to play though Ziyech and Odoi were injured. Lampard's Chelsea always try to play from the back and mo e forward to create a goal scoring opportunity. We saw exactly that in the match but what was missing was the midfield. Chelsea were directing all their possession towards the flanks which made the midfield blank. This made Podense and Ruben Neves control the midfield. Due to this, most of Chelsea's threat came from a cross. It was only in the first half we saw Pulisic trying to penetrate through the defence of wolves. Chelsea made 32 crosses of which Chilwell made 13 of them. 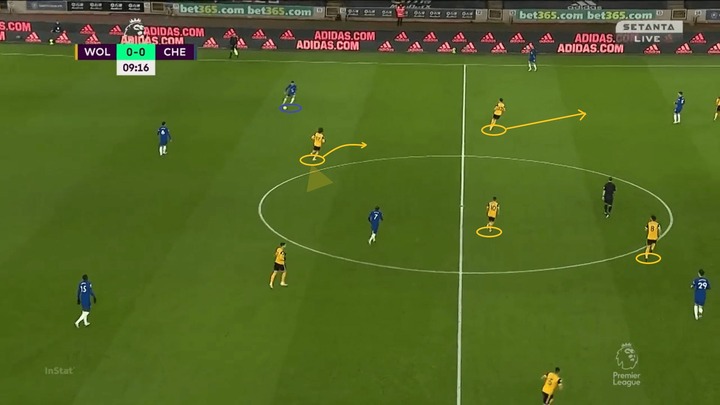 Again, wolves directed the match to the left flank though Chelsea were the ones attacking. Lampard's tactics made Chilwell the player progressing the ball. This made players like Kai Havertz had less of the ball. All he could do was to defend the ball when it comes to the right flank of which he is not good at. He couldn't win a single duel in the first half. Rúben Neves joined the defence on this flank, while one of the forwards would drop behind of Chilwell. In the meantime, the entire defensive line also shifted to reduce horizontal spacing – it turned out to be a 7 v 3 numerical advantage of the hosts. Chelsea sometimes were forced to play in tight areas and inaccurate passes could occur. 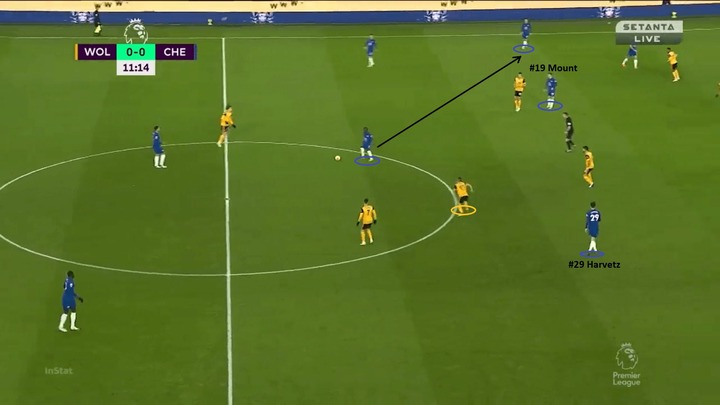 For example, in this image, Harvetz was isolated at the bottom and it would be difficult to get him on the ball.