By KONTOMIRE (self meida writer) | 1 months

There were some interesting results in the preliminary round of matches in the 2020/21 MTN FA Cup competition played over the weekend.

The victors have advanced to the Round of 64 where they will be joined by clubs from the Ghana Premier League. 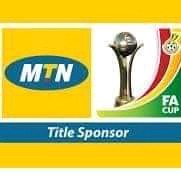 A few casualties were recorded as some lower tier sides had the better of top ranked opposition.

Second tier side Vision FC lost 0-2 to Division Two side Third World FC while Eleven Wise of the Second Division, edged out Proud United of tier one on penalties.

Below are the results:

Kintampo Top Talents recorded the same result over Nsotreman FC; New Edubiase United lost 0-1 to Unistar Academy whilst the Techiman City vs Unity FC game, will be determined by the Disciplinary Committee.

The Amiadaus Professional vs Charity Stars FC game, has been awarded to the latter.