GPL Fact: Asante Kotoko did not lose to Accra teams in the capital this season as they won the title

Ghana Premier League, GPL champions Asante Kotoko scored a first on their way to winning the 2021/22 title as they didn't lose to teams based in Accra in the matches they played in the capital.

The Porcupines won a record extending 26th league title this season after dominating the competition with some attractive football in all the matches they played.

They engaged Accra based teams on four occasions in the capital this season and, the Porcupines did not lose a single game as they run away with the title.

In their epic game with their arch rivals Accra Hearts of Oak during the first round of the campaign, Kotoko earned a point as the spoils were shared at the Accra Sports Stadium after the game ended goalless. 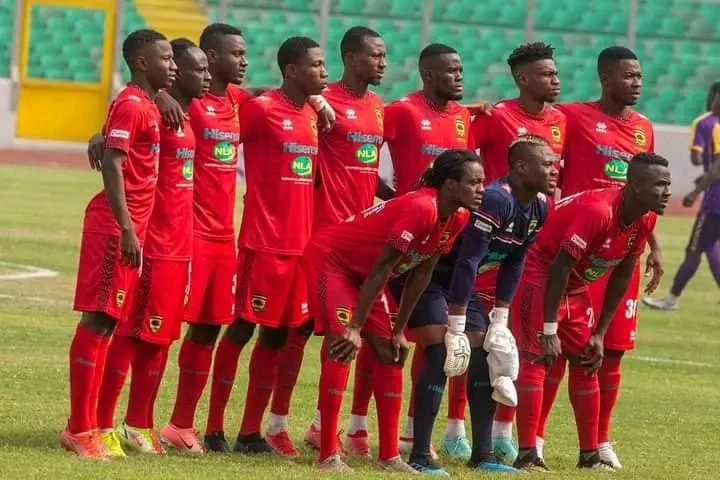 Kotoko will later go on to win the reverse fixture 1-0 in Kumasi and take four points off the Phobians this season as they dethroned them as winners of the competition.

The Porcupines did the double over Great Olympics this season after winning both encounters in Kumasi and in Accra.

Kotoko beat the Wonder Club 2-0 in the first round game played at the Baba Yara Stadium in Kumasi before completing the double win a 1-0 win at the Accra Sports Stadium during the second round.

In their encounters with Legon Cities, the spoils were shared as they both won on the road with three points going to both sides.

Asante Kotoko won the first round encounter 2-1 at the Accra Sports Stadium whilst Cities prevailed 3-1 in the Garden City on a day they could have scored more.

Accra Lions held the champions to a pulsating 1-1 drawn game in Accra after they had lost the first round tie 3-1 in Kumasi as Kotoko took four points off them on their way to winning the title.

Foods to consume when you have a sore throat.

So God Removed Mahama and Brought Akufo-Addo: Why Are You Blaming Me? -A Plus