By Abdul-Jalilu (self meida writer) | 29 days 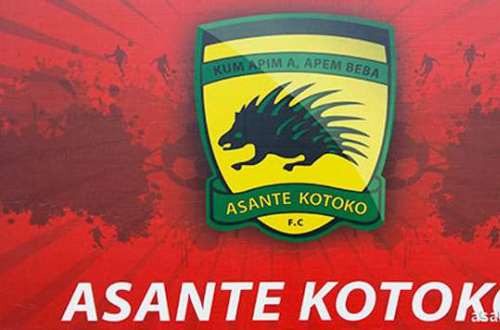 The General Secretary of the Ghana Football Association Lawyer Prosper Harrison Addo has called on Asante Kotoko officials to condemn the attack on a journalist at the Len Clay Stadium yesterday. Beyond condemning the incident, an apology must ensue.

In a week 30 Premier League between Asante Kotoko and Karela United at the Len Clay Stadium yesterday, a journalist with Max FM was reported to have been approached by Kotoko fans for allegedly expressing his views against a penalty awarded to Asante Kotoko in the course of the game. The journalist was repositioned by security personnel, following a swift intervention by media colleagues at the stadium.

The incident was reported to the General Secretary of the Ghana Football Association Prosper Harrison Addo on an official platform, which he expressed a concern and it went viral.

“One of the media officers screenshot the message and circulated it on the social media.That platform is the official platform for Venue  Media Officers who work for the Ghana Football Association. Venue Media Officers take charge of media men for us.” He told Kessben Sports.

Lawyer Prosper Harrison Addo elucidated, a club cannot decide to show a journalist the exit at the stadium. This, he expects Asante Kotoko to condemn and apologize for the act. He knows Asante Kotoko officials will not give room to such an incident.

“No club has the right to drive a journalist out of the stadium. I expect Asante Kotoko to condemn the act and apologize. I know Asante Kotoko officials will not condone this.”

On disciplinary issues, General Secretary revealed assurances have been given and decisions will be made available before the season comes to a closure.

“The assurance we have is all the decisions will come before we end the league. Cases are coming from Premier League, division one.”

He provided an update on the case of division one club Phar Rangers, who decided to quit the league but rescinded their decision afterwards.

Parliament will hear from us GUTA