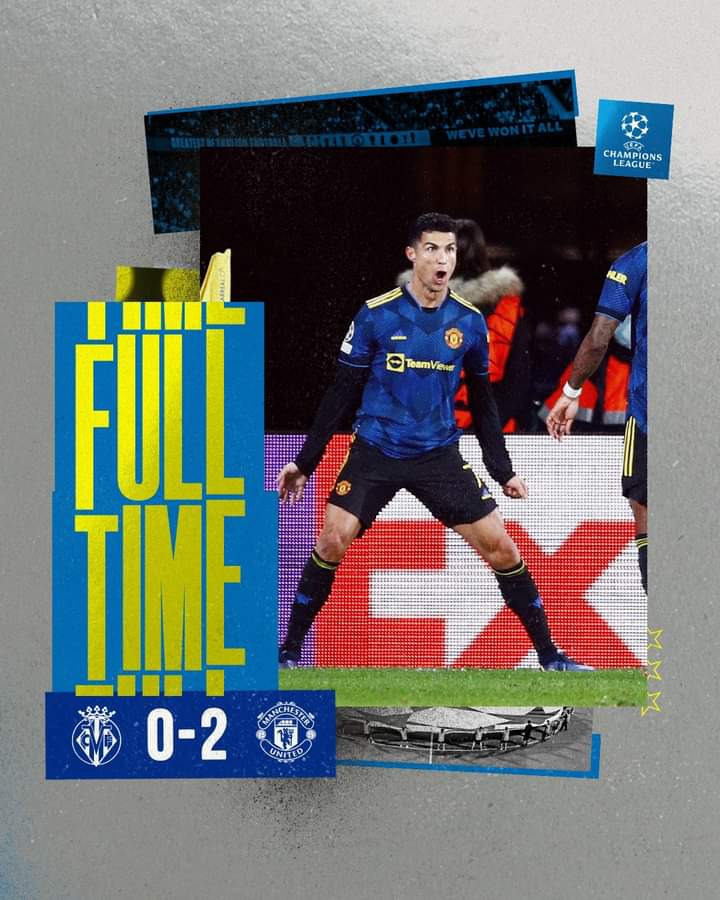 At the end of the 90 minutes Manchester United won the game by 2-0 which their fans are happy and reacted massively to the performance of the team.

"I doubted Carrick before his 1st game tonight, i thought he was Ole 2.0. The team looks to play better football with faster buildups and better defence. Too early to judge still, but i really hope Carrick will bring the best results possible, before a permanent manager is appointed" someone stated.

"The main man CR7 does it again, but great assists by Fred in both goals. It is good to see Sancho score as well. Michael Carrick did a decent job tonight" another Manchester United fan reacted.

Some people stated that the strategy in the game is very reasonable. Manchester United won the game because they have understood Villarreal's style of football too well after the recent meeting at old Trafford. "They attacked when the opponent lost patience and scored 2 goals. Congratulations MU, CR7 and Sancho ❤️" another person stated.

"Never imagined we would get three points here. Bruno and Rashford were marvelous. They gave Sancho sparks and De Gea is world class. A lot need to be done. Work rate should go up. Congratulations lads" another united fans stated.

See how they reacted massively below.

For Husbands: 7 Vital Questions You Can Ask To Become Closer To Your Wife