By DennisOptymyst (self media writer) | 1 year ago

Slogans, mottos, nicknames and home ground names are accolades that offer identity and distinguish Football clubs around the world. Aside the branding it gives a team, it also plays a very instrumental role in generating inspiration and excitement among players and supporters of any contemporary football club. Below are 11 of the most inspirational football club slogans, mottos, nicknames and home ground names. Did your team make it in this “first eleven”? Check out how your favourite team fared!

The Spanish club has the slogan “Hala Madrid y nada mas” meaning “Hail Madrid and nothing more”. The most popular nickname used by Madridistas is Los Blancos (The Whites). Santiago Bernabéu stadium is the home ground of arguably the most successful club in the world. ¡Hala Madrid!!! 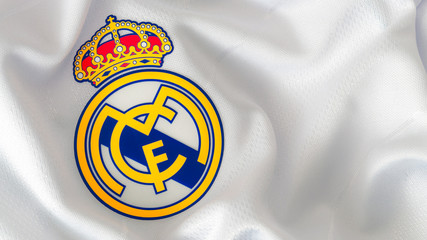 The official motto of the club is “Youth, Courage, Greatness”. They are nicknamed “The Red Devils”. With chant slogan “Glory, Glory Man United”, apparently the most successful club in the English top flight pitch their home ground at the majestic Old Trafford. United Forever!!! 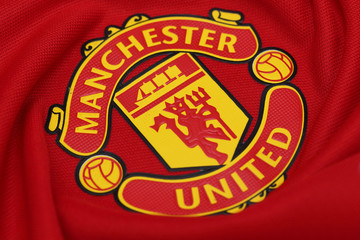 The Bavarian slang “Mia San Mia” which translates as “We are who we are” is the motto of undoubtedly the most successful German club. They are nicknamed “Die Bayern” which means “The Bavarians”, named after one of the great German states. They play in one of the most elegant stadia in the world, Allianz Arena. The North London club goes with the motto “Audere est Facere” in Latin, which translates “To dare is to do”. Nicknamed “The Lilywhites”, the fan base – Yid Army are used to the chant slogan “Yiddo, Yiddo”. “Yid” means Fellow Jew or Sir. The first British club to win European trophy currently plays home at Tottenham Hotspur Stadium following a move from their popular White Hart Lane to Wembley in 2017. Chelsea Football Club have a pleasant motto rendered in Latin as “Nisi Domius Frustra” which means “Unless God is with us, all will be in vain”. Nicknamed “The Blues”, the London-based club has been rubbing shoulders with the elites of world football since the arrival of new owner Roman Abramovich at the Stamford Bridge. Juventus, from Latin word “Iuventus” meaning youth has its motto as “Fino alla fine” meaning “Until the end”. The Italian soccer giants has one of the most popular nicknames “La Vecchia Segnora” meaning The Old Lady, obviously, a pun, else can you imagine! The fan base is called “i Bianconeri” that is, “The Black and Whites”, hence the Zebras. The Turin based club have been playing their home games at Allianz Stadium since 2011. One of the greatest football clubs in the world? No doubts about that. The motto/ slogan of the club “Mésque un club”, a Catalan slang which means “More than a club”, is used inter alia to express the Catalonian protest for Independence from Spain. Nicknamed “Barca”, Barcelonistas make the Camp Nou a lively home ground to behold. The motto of the pride of London “Victoria Concordia Crescit” a Latin motto which means “Victory through Harmony”. They possess one of the most enviable nicknames - “The Gunners”, with the club tracing its roots to the “Dial Square” munitions factory team Borough Woolwich. The team earned the accolade “invincible” when they went unbeaten in the 2003/2004 EPL league season. Arsenal fans are called Gooners. Emirates stadium is their ultramodern home ground. “Come On You Gunners”!!! The Ghanaian super club, the heartbeat of the Ashanti Kingdom was voted as the African club of the 20th Century, although a similar poll ranked it 3rd to Al Ahly and Zamalek of Egypt. The Motto “Kum Apem a, Apem Beba” is an Asante Twi maxim which translates “Kill a thousand, and a thousand more will come”. Amazing, isn’t it? Nicknamed the “Porcupine Warriors” the club plays at the Kumasi Baba Yara Sports Stadium. The have one of the largest fan base in Africa called Circle. “Ԑyԑ Fabulous”!!! Obviously, the most successful English club as far as European competitions is concerned with 5 UEFA Champions League trophies in their cabinet. The motto in Latin “Nec tenui penna” literally means “Nor on weak wing” to wit that members are “high flyers”. They are nicknamed “The Reds”. They possess one of the most inspirational slogans in the world of football, “You’ll never walk alone”. How remarkable! Liverpool fans are known as Kopites, a reference to fans who traditionally used to stand, but now sit on the kop at their fortress of a home ground – Anfield. The Accra based club is one of the two glamourous clubs in the talented football nation, Ghana. The motto of the 2000 CAF Champions League winners and 2004 maiden CAF Confederation cup winners is breath-taking – “Never Say Die”. Awe-inspiring, right? This motto reflects the character of the team as symbolic of the Oak tree. Perhaps “until the bones are rotten”, the Rainbow boys, nicknamed “Phobia”, fear no evil, when they play at their citadel in Ohene Djan Stadium or anywhere else, because their fan base “Chapters” will be present to cheer them up. “Ԑyԑ Phobia”!!! Guys, Dump Your Woman Immediately If You Notice Any Of These Signs In Her Without Thinking Twice

Trotro Diaries: Unfortunate Events You Are Likely To Encounter In The Ghanaian Trotro