By Abigail.blog (self media writer) | 3 months ago 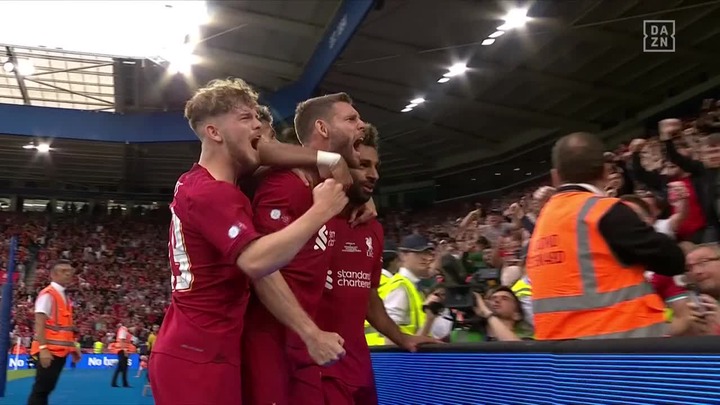 High-flying duel in the final stretch of this July, all on the occasion of the celebration of the vibrant Community Shield between two of the giants of the Premier League. Namely, Liverpool and Manchester City had met at the King Power Stadium to dispute the first wound of the 2022-2023 season in England. In other words, a new chapter in the emblematic rivalry between Jürgen Klopp and Pep Guardiola.

The net squad would start with Adrián under the sticks, guarded in defense by Alexander-Arnold, Matip, Van Dijk and Robertson . The three pieces in the midfield would be Henderson, Fabinho and Thiago, while Salah, Firmino and Luis Díaz would form the trident in attack. For his part, the brand new winner of the Premier would opt for Ederson in goal. As far as his defense is concerned, he would have Walker, Dias, Aké and Cancelo.

A new wound for Liverpool

Continuing with City, Bernardo Silva, Rodri, De Bruyne would shape the engine room of a Guardiola who made history with FC Barcelona. And the vanguard of him would be represented by Mahrez, Haaland and Grealish. Liverpool's staging would be much more positive, with chances from Mohamed Salah and Andrew Robertson. Of course, it would be Trent Alexander-Arnold who would hit in the first instance with a good shot , whose trajectory would be deflected by Nathan Aké (1 – 0).

The citizens would try to react through the incursions of Erling Haaland, Kevin De Bruyne and Riyad Mahrez, but Adrián San Miguel would be very attentive at all times. Already in the second act, Pep would make a move with Phil Foden and Julián Álvarez to the detriment of Mahrez and Jack Grealish. Moving on to Klopp, he would opt for Darwin Núñez instead of Roberto Firmino. After 70 minutes, Julián would level the forces in an action that would be corroborated by the VAR (1 – 1). Despite this, the Anfield team would take the cat to the water thanks to the success of Salah (2 – 1, from a penalty) and Darwin Núñez (3 – 1). Liverpool are therefore the champions of the Community Shield .