By JNTurkson (self meida writer) | 12 days

The football action continued in the English Premier League (EPL) today after the international break with lots of exciting fixtures. Eight (8) out of the ten (10) Gameweek 4 games of the EPL were played today. Ronaldo scored a brace in his debut of his second stint at Manchester United as the Red Devils put four goals past Newcastle United. Manchester United's victory pushed the club from the 3rd position prior to GW 4 to the 1st position.

Check below for the EPL table prior to Gameweek 4: 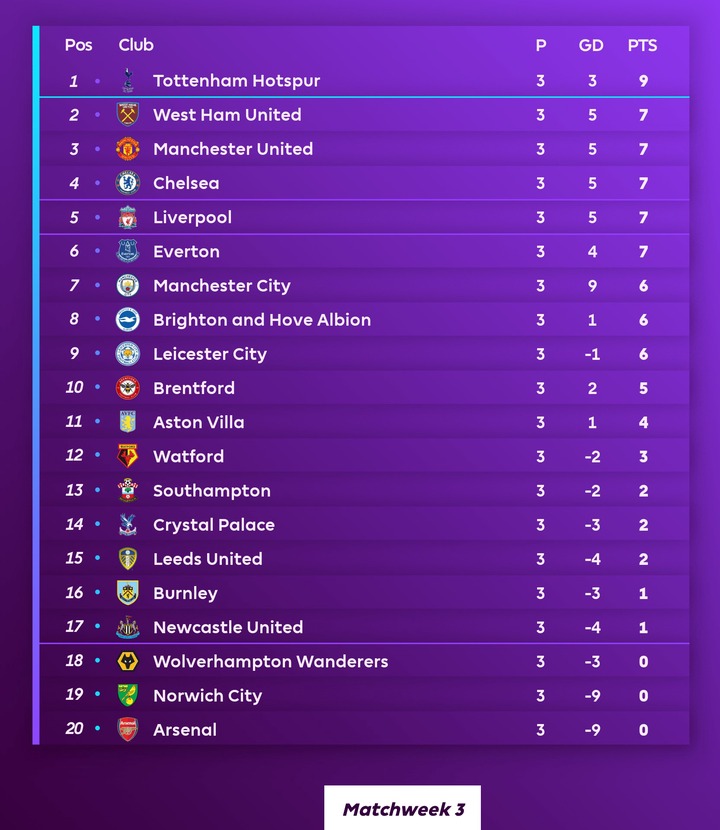 Chelsea, Manchester City, Brighton and Hove Albion, Wolves and Arsenal won their respective games to move some levels up on the league table. Chelsea's victory at the Stamford Bridge pushed The Blues to the 2nd position. Arsenal's win over newly promoted side, Norwich City was its first win this season and this lifted the North London club from the 20th position to the 16th position. Wolves also won its first game of the season to move to the 13th position.

Liverpool would be playing against Leeds United tomorrow and Everton would also play Burnley on Monday. 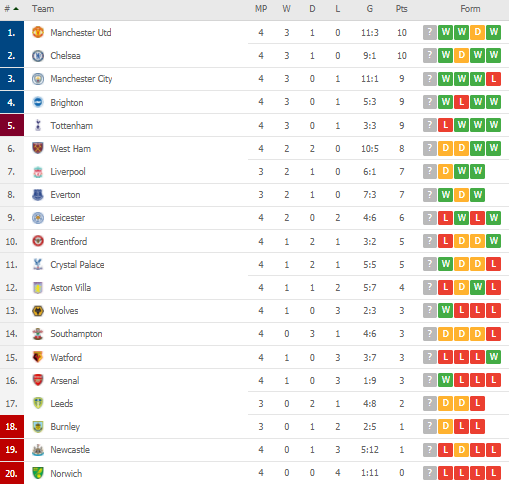 How has today's fixtures been? Are you impressed by the outcomes from the various games? What are your expectations for the next gameweek?

Kindly leave all your comments below.