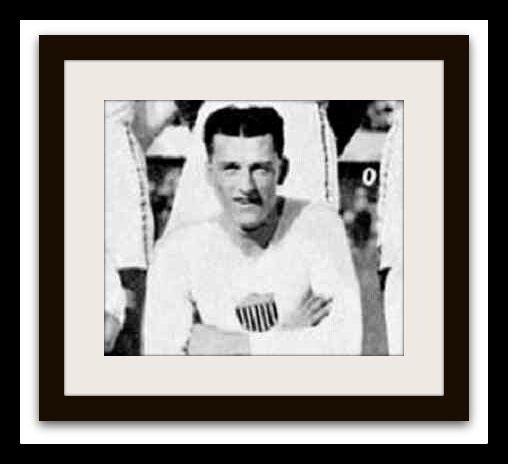 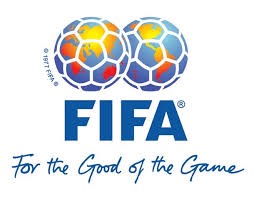 World Cup. When Cristiano Ronaldo essayed that dramatic hat-trick against Spain in Russia, the whole world went crazy. Pele took the world by storm after he scored a hat-trick at the age of 17 in the semifinal against France in 1958. Or, that epic hat-trick of Paolo Rossi at Seville against Brazil, which is still regarded as one of the greatest comebacks by a player, whose career was deemed over.

But how many try to know about the first footballer, who scored a hat-trick in the FIFA World Cup?

How many would believe that he was from the United States of America?

Yes, he was from the USA indeed.

The name was Bert Patenaude.

On November 4, 1909, Bert Patenaude was born in Massachusetts.

Patenaude began playing in the competitive local leagues in his hometown of Fall River, Massachusetts. In 1928, he signed his first professional contract with the Philadelphia Field Club of the American Soccer League. In his eight games with Philadelphia, he scored six goals. Despite this productivity, he moved to J&P Coats for one league game, then moved again to his hometown Fall River Marksmen. He remained in Fall River until the summer of 1930, winning the 1930 National Challenge Cup before moving to the Newark Americans.

Jules Rimet invited teams from around the globe to participate in the inaugural FIFA World Cup in 1930 at Uruguay. The USA would welcome the invitation and sent its team to Latin America. Patenaude was selected as part of the United States’ 16-man team to travel to that summer’s inaugural World Cup, in Uruguay.

Archie Stark, believed to be the United States’ best center-forward at the time, opted not to go. In an era of no substitutes, some say this paved the way for a 20-year-old Patenaude, who may not have gone otherwise.

Even though, those who watched Patenaude play as a young player described him as a very swift and hard-working customer. So, considering such qualities, the inclusion of Patenaude was justified and he would prove it in the main event as well.

After an 18-day voyage, Patenaude and his teammates would arrive in Montevideo on July 1; their first game in the 13-nation tournament would come against Belgium, 12 days later.

Inspired by ASL, the USA were one of the skillful sides of that event and took Belgium by surprise who were thrashed by 3-0. Patenaude scored the third, but in the second encounter of Group 4 against Paraguay, he would hit the jackpot!

Paraguay were the champions of Copa America in 1929 and considered one of the tough contenders.

But they were undone by the USA.

A fiftieth-minute goal by Patenaude gave the USA a 3–0 win over the Copa American champions. 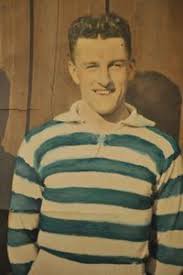 The dispute and discrepancies over the second goal had led to confusion over the first-ever World Cup hat-trick, as Argentina’s Guillermo Stabile scored one against Mexico just two days after the USA-Paraguay game.

However, FIFA announced on November 10, 2006, that Patenaude is the first person to score a hat-trick in World Cup play, confirming that he scored all three goals.

No American journalists were present to cover that event and that historic moment. While back home, none even bothered to care about the event.

The USA advanced to the semifinals but were gunned down by Argentina.

He scored seven goals in five games at the start of the 1930–1931 season but found himself back with the Marksmen for the end of the season. In 1931, Fall River merged with the New York Soccer Club to form the New York Yankees.

However, Fall River had already begun playing National Cup games. Therefore, while the Yankees won the National Cup, the records show the winner as Fall River. In the cup championship, Patenaude scored five goals in the Yankees’ 6–2 first game victory over Chicago’s Bricklayers and Masons F.C.

Patenaude remained with the Yankees through the spring of 1931. 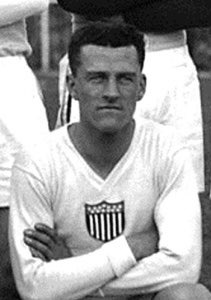 The ASL was collapsing by the fall of 1931 and records are incomplete, but it appears that in 1933, Patenaude signed with the Philadelphia German-Americans of the second American Soccer League. In 1934, Patenaude moved west to sign with St. Louis Central Breweries of the St. Louis Soccer League, at that point the only professional league in the country. Central Breweries, stocked with future Hall of Famers, won the league and 1935 National Challenge Cup titles.

In 1935, Central Breweries left the league, became an independent team, and lost the sponsorship of the brewery. Patenaude remained with the team, now called the St. Louis Shamrocks.

In 1936, the Shamrocks went to the National Cup final before falling to the Philadelphia German-Americans.

In 1936, Patenaude returned east where he played one season with Philadelphia Passon of the ASL before he disappeared from the professional scene. Patenaude returned to Fall River and worked in painting and carpentry until his death in 1974. 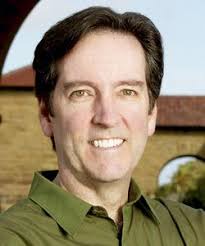 Patenaude was inducted into the U.S. Soccer Hall of Fame in 1971.For more information please comment and share to friends and family. Thank you.