By KONTOMIRE (self media writer) | 22 days ago

The last two fixtures of the betPawa Premier League Matchday 13 schedule, were cleared on Monday in Bibiani and Accra.

Gold Stars played out a 1-1 home draw with reigning champions Asante Kotoko at the Dun's Park with Accra Lions earning a precious 2-1 win over Berekum Chelsea at the Accra Sports Stadium.

Asante Kotoko were seeking to win their first game in four matches, but they were held to a fourth successive draw by a determined Gold Stars side in front of their home fans. 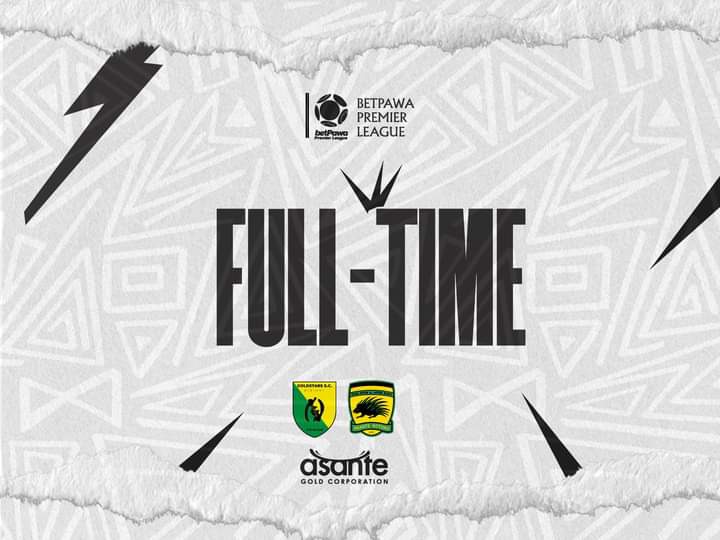 The Porcupines took the lead in first half added time through their Ugandan international striker Steven Dese Mukwala, but Gold Stars drew parity early in the second session after Adraman Yahaya converted from the spot.

Asante Kotoko are third on the table with 21 points, three behind the leaders Aduana FC with Gold Stars in fifth position with 20 points.

At the Accra Sports Stadium, Accra Lions beat Berekum Chelsea 2-1 to move second on the table with 22 points as they posted their seventh win of the campaign.

Goals by Seidu Bassit and Samari Salifu either side of a Mezack Afriyie equalizer, were enough to hand all three points to the capital club.

Berekum Chelsea are 14th on the table with 16 points, as they went down to their fifth loss of the season.