Will Cristiano Ronaldo Feature In The 2022 World Cup? Portugal's Hopes Of Qualifying.

By Larbi.S.K (self media writer) | 2 months ago 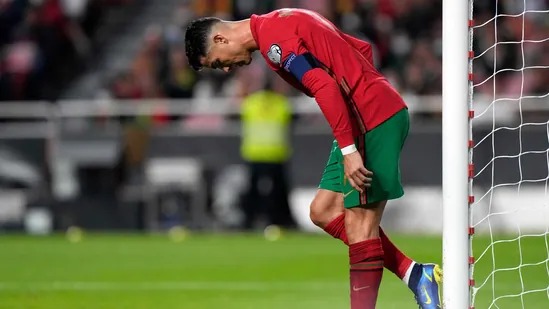 The World Cup is the only trophy missing from Cristiano Ronaldo’s trophy collections. Will Portugal qualify for next year’s tournament? Portugal failed to take their chances after losing 2-1 to Serbia in their last group game, with Aleksandr Mitrovic scoring in the dying minutes of the game as his team emerged winners of their group.

The Portuguese skipper debuted in 2003 and has not missed a World Cup Tournament since his first appearance in 2006 showing up at four competitions, Could Portugal ensure he makes it to next year’s edition?

Will Portugal qualify for the 2022 World Cup?

Ronaldo will make it to World Cup 2022 if Portugal qualifies and he is fit during the start of the competition in November 2022. As it stands now, Portugal's place in Qatar isn't yet secure. Ronaldo will be 37 in a few months to come, yet he talked about his aspiration to add a World Cup trophy to his sparkling career CV in December 2020.

"It will be tough, yet we are a strong group, a youthful team," he said. "We have an awesome coach [Fernando Santos], so we are very positive about that. "As I said my dream is to win something for the Portugal national team and I won two trophies, which makes me happy. "I win [with] each club that I have played with, yet the World Cup... it’s a dream."

How can Portugal make it to next year’s tournament? 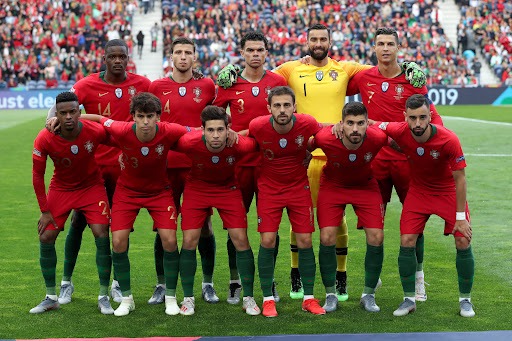 Portugal finished 3 points behind Group A leaders and as such will have to compete in the play-offs for a spot in the 2022 World Cup. Twelve European countries will contend in the play-offs for the three spots left at the competition as the draw for the semi-finals is set to be made on November 26.

Portugal will feature in a home tie in one of the play-off groups as they are one of the remaining six seeded nations.

Who will Portugal face in the play-off?

Poland, North Macedonia, Austria, Czech Republic, Ukraine and Turkey are largely potential rivals for Portugal in the last four. A confrontation with Poland would set Ronaldo in opposition with Bayern Munich’s talisman Robert Lewandowski, while Austria has services of the current Real Madrid signing David Alaba at their disposal.

Indeed, Lionel Messi will be on the plane to Qatar with the rest of his teammates one year from now, so long as he is fit to compete. While Neymar missed the game due to injury, the 6 time Ballon d'Or winner played the full 90 minutes during Argentina’s goalless draw with Brazil that guaranteed their qualification from the CONMEBOL sector.

Content created and supplied by: Larbi.S.K (via Opera News )