Aaron Christopher Ramsdale is an English professional footballer who plays as a goalkeeper for Premier League club Arsenal. He has been capped by the England national under-21 team. This player has set a strange relegation record in the football world since 2017 to 2021. 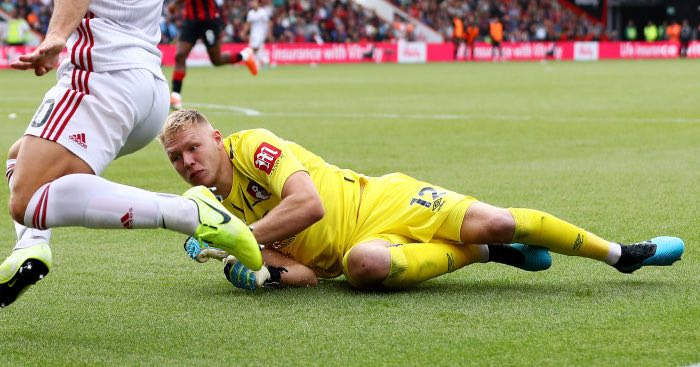 1. In the January 2018 transfer window, Ramsdale was loaned out to Chesterfield for the rest of the 2017–18 season. Ramsdale made his Chesterfield debut against Accrington Stanley on 6 January 2018, but scored an own goal after he "allowed a seemingly harmless Jackson strike from the right to squirm into the net", in a 4–0 loss. A week later, against Luton Town, he kept a clean sheet in a 2–0 win. Throughout the 2017–18 season, Ramsdale made 19 appearances in total for the club in League Two, but was ultimately unable to help prevent the club from suffering relegation to the National League.

2. On 31 January 2017, he was signed by Premier League club AFC Bournemouth for an undisclosed fee believed to be in the region of £800,000. However, the move was reported to cost £1 million. Ramsdale was on the bench for the final game of the 2016–17 season against Leicester City which the team couldn't escape from relegation.

4. On 20 August 2021, Arsenal announced the signing of Ramsdale on a long-term contract from Sheffield United, subject to the completion of regulatory processes. The question is that, will Arsenal go to relegation on this season as they started performing poorly in the English Premier League new?

Will this goalkeeper bring luck or he will also led the team to relegation?

Meet the Man who gave fake award to sarkodie and other celebrities.

The greed and madness should stop--Ashanti regional minister warns