Some incredible football records of CR7

By KAntwiB (self media writer) | 5 days ago 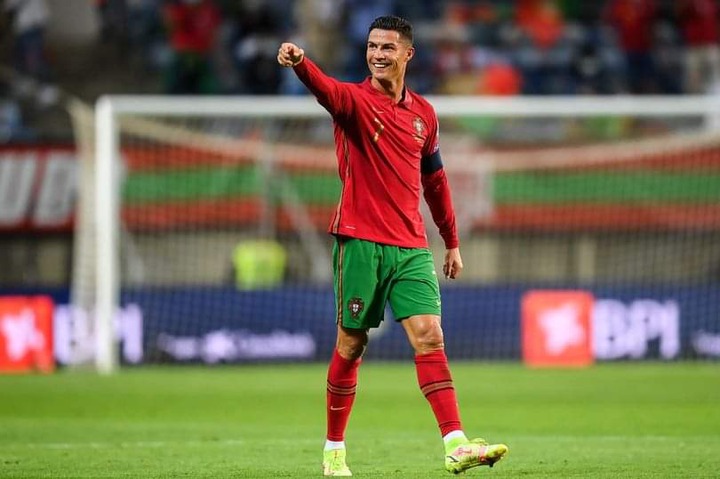 SOME FOOTBALL RECORDS OF CRISTIANO RONALDO

WHAT RECORDS HAS RONALDO BROKEN FOR PORTUGAL?

1. Ronaldo holds the record for the most appearances for Portugal with 181 caps.

2. Ronaldo has scored the most goals in the history of Portugal with 109.

3. Ronaldo is the top scorer in the history of the European Championship with 14.

4. At Euro 2021 he equalled the international goalscoring record held by Ali Daei.

5. Ronaldo is the first player to captain Portugal to a major tournament win which came at Euro 2016.

WHAT RECORDS HAS RONALDO BROKEN FOR REAL MADRID AND IN LA LIGA?

1. Ronaldo is Real Madrid's greatest ever goalscorer, finding the back of the net 450 times for Los Blancos.

2. Ronaldo is the top scorer in the history of the Champions League with 134 goals, most of them coming with Real Madrid.

3. Ronaldo holds the record for the most goals scored for Real Madrid in a single season with 61.

4. Ronaldo holds the record for the most scored for Real Madrid in a single La Liga season with 48.

5. Ronaldo has scored more hat-tricks than any other Real Madrid player with 48.

WHAT RECORDS HAS RONALDO BROKEN FOR MAN UTD AND IN THE PREMIER LEAGUE?

1. Ronaldo is the only Man Utd player to be named FIFA World Player of the Year.

2. Ronaldo is the only Man Utd player to win the European Golden Shoe.

3. Ronaldo is the only Man Utd player to win the FIFA Puskas Award.

4. Ronaldo holds the record for the most goals scored in a single Premier League season for Man Utd with 31 in 2008.

5. Ronaldo's transfer to Real Madrid in 2009 for £80 million is still the biggest fee Man Utd have ever received.

WHAT RECORDS HAS RONALDO BROKEN FOR JUVENTUS AND IN SERIE A?

1. Ronaldo holds the record for the most goals scored in a single season for Juventus with 37 in 2020.

2. Ronaldo holds the record for the longest consecutive run of matches scoring for Juventus in Serie A with 11 in a row.

Ronaldo is the fastest player ever to score 100 goals for Juventus.

4. Ronaldo is the only player in history to score 100 or more goals for three clubs plus their country.

5. Ronaldo remains the most expensive player in the history of Italian football, having joined from Real Madrid for €100 million.

RONALDO IS THE TOP SCORER IN THE HISTORY OF THE CHAMPIONS LEAGUE WITH 134 GOALS.

Ronaldo is the 5th most cap player in the world

What a fantastic footballer.

Content created and supplied by: KAntwiB (via Opera News )