Cameroon was forced to fight until the final minute by 10-man Comoros, but with to goals from Karl Toko-Ekambi and tournament top scorer Vincent Aboubakar, they advanced to the Africa Cup of Nations (AFCON) quarter-finals. 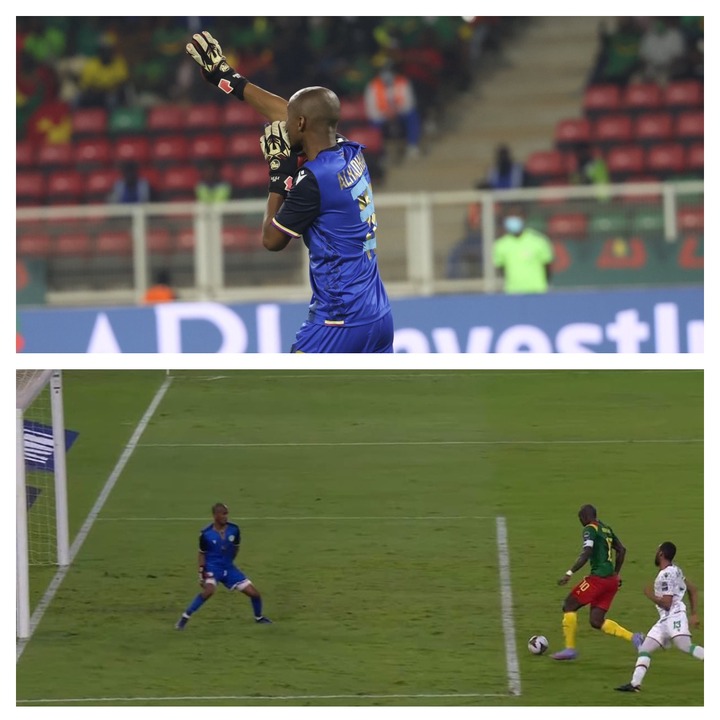 Prior to the match, the 'Coelacanths' were quickly brought crashing back to earth after their shock victory over Ghana to advance from the groups, as 12 of their squad were ruled out with Covid-19, forcing the already clear underdogs to play without a registered goalkeeper.

Just when it appeared that Comoros' bad luck had run out, things went from bad to worse just seven minutes in, when the captain was ejected after a VAR review of a cynical Nadjim Abdou foul.

The tournament hosts pressed on against their lesser opponents, having been given the perfect opportunity to end their AFCON last 16 woes after only progressing on two of their previous six appearances at this stage.

Cameroon had to fight hard for it, but after a half-hour of play, the breakthrough came.

After winning the ball high up, all it took was one pass for Aboubakar to square to Toko-Ekambi, who tapped past Chaker Alhadhur, Comoros' defender-turned-goalkeeper for the evening.

Surprisingly, the 'Indomitable Lions' lacked ruthlessness, and the sides would have been tied at halftime had André Onana not produced a superb double save minutes before the interval.

In the second half, normal service was resumed, but the hosts still struggled to break down Comoros.

Despite being ranked 132nd in FIFA's world rankings, the island nation has a reputation of keeping games close, with 12 of their last 18 matches ending in a draw or a one-goal victory, and it was no different here.

Cameroon's quality was too much for the underdogs to handle, and Aboubakar scored his sixth goal of the tournament from close range after Alhadhur made a fine double save to deny Aboubakar and Nicolas Ngamaleu.

The game appeared to be over at 2-0, but the 'Coelacanths' had been threatening from the start and set up an intriguing last nine minutes with a spectacular goal merited for their efforts.

Cameroon's substitute Youssouf M'Changama hit a looping free-kick from 30 yards that sent Onana sprawling, but it wasn't enough to keep them out of the quarter-finals.