The consistent player former Medeama who was rulled out of the squad because of injury. When came from Medeama SC to play for Kotoko on loan, he caught the attention of Kotoko supporters and vowed not to let him go.

Asante Kotoko midfielder, Justice Blay has reacted to their 2-1 comeback win over FC Samartex on Sunday.

The 30-year-old midfielder insists they were determined to overcome the visitors after going down in the first half.

Justice Blay was named as the Man of The Match following his solid display in his first start of the season.

Speaking after the game, Blay said: “First of all, I will give thanks to God for this win. We were determined. Just unfortunate that they got the first goal but we still kept our composure and do more attacking for the equalizer or win. The win has helped us because we will get the three points to move on.”

Are you sure that you are back to your best or you are now picking for? “I will say I am now coming. The more you play more matches, you gain confidence and I hope that the confidence will come and get back to my normal performance.

“I will thank everyone especially the supporters, the doctors who helped me to recover and the technical team.”

Justice Blay has featured in three games for the Porcupine Warriors in this term’s Ghanaian top-flight after a long-term absence due to injury.

He has become one of the major player prone to injury. He normally go of the bench for a whole season. This is not the player any bigger club will want. 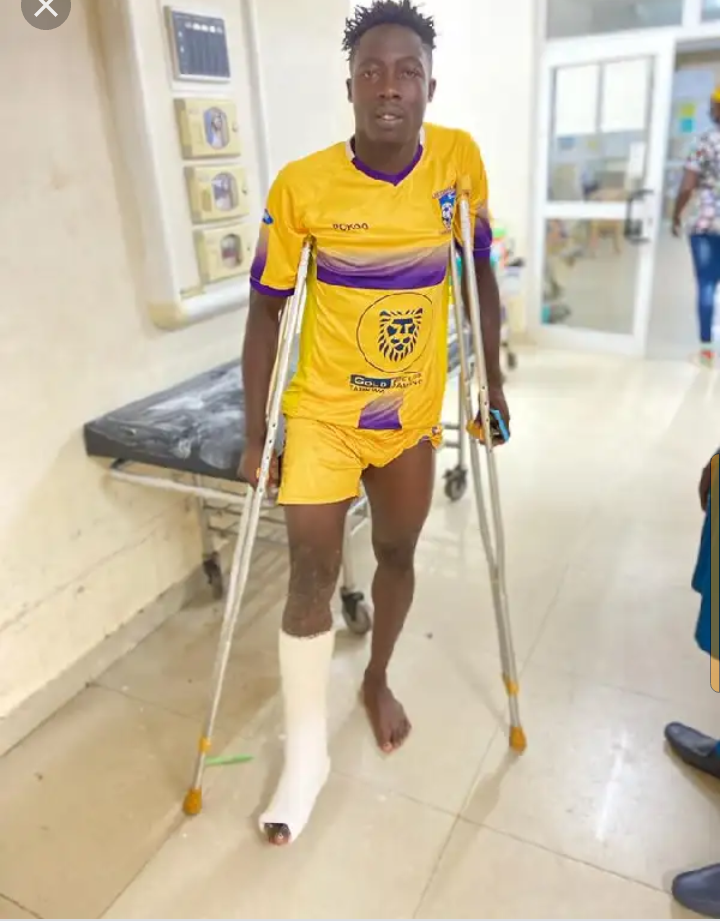 His willingness to play for Kotoko is something different and has done everything possible to see him been patriotic to the team. His intensity to play on the pitch is totally different as compared to his colleagues.