How The Mighty Has Fallen: Check Out Serie A Table After Ronaldo's Departure

By JNTurkson (self meida writer) | 7 days

The football campaign season of Italian giants, Juventus seems not to be the same without its talisman, Cristiano Ronaldo who left the club for English giants, Manchester United. Juventus has been struggling this season to get the maximum points from its league games. The team has only managed to secure a point out of its three league matches played this season.

The Italian giants couldn't secure the Scudetto (league title) last season and the anticipation of many fans was for the Old Lady to make amends for last season. The performance of Juventus this season rather depicts that the team is drifting further and further away from this season's league title.

Check below for the Italian Serie A league standings: 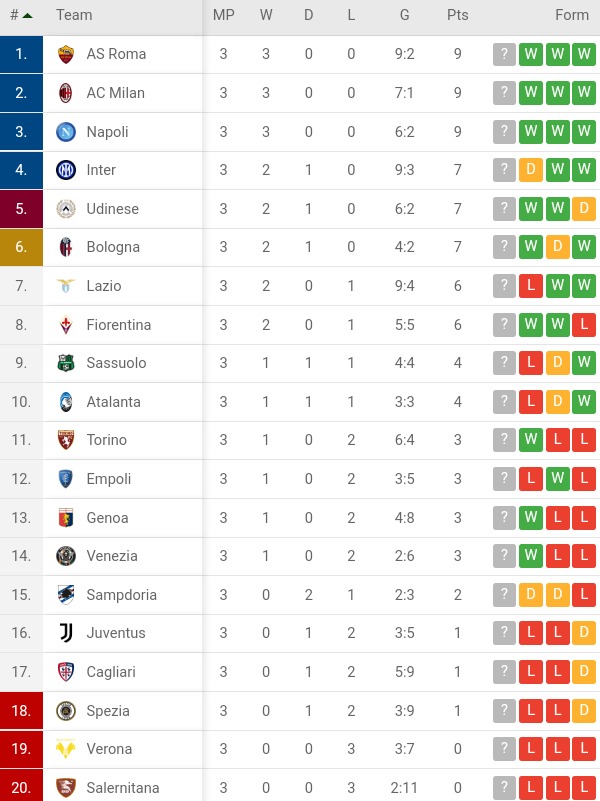 The Italian giants seem to be falling after every Matchweek. The team fell some levels below its previous position it occupied after the second league match of the season. The team has now dropped to the 16th position on the league table. New head coach, Maximilano Allegri has a lot of work to do after this poor start in the Italian top flight league.

The Italian giants however managed to win its first group stage UEFA Champions League game for the 2021/2022 season against Malmo FF. Has the exit of Cristiano Ronaldo's had an effect on the club? Will they be able to bounce back?

Kindly leave all your comments.

Italian Juventus Manchester United Serie A The Mighty Has Fallen