Why Jose Mourinho is Considered the GOAT

By KinKiGh (self media writer) | 6 months ago The football fraternity is laded with so many coaches as there are players but only a few coaches have been able to carve a niche for themselves in the world of soccer from the inception of professional football till today.

Great football players have come and gone and even so have we seen exceptional coaches who were absolutely impeccable at their jobs with mind-blowing achievements in the world of football.

History reminds us of great coaches like Sir Alex Ferguson who won 49 trophies as a coach, Valerie Lobanovsky who won 30 trophies, Felipe Scolari with 23 trophies, Giovanni Trapatoni with 26 trophies, Arsene Wenger with 21 titles, and Pep Guardiola with 25 titles so far.

The football coaches' hall of fame will certainly not be accurate without the mention of the most affable José Mário dos Santos Mourinho Félix; simply known as Jose Mourinho, the Special One. The man widely considered as the best ever coach to grace the world of football. Jose Is currently the head coach of Italian serie A side AS Roma after leaving English Premier League outfits, Tottenham Hotspurs.

Mourinho has won trophies with every single club he coached except his stint with Tottenham Hotspurs, a feat only a handful of coaches can boast of. He has undoubtedly etched his name is the history of huge clubs like Inter Milan, FC Porto, Chelsea, Manchester United and now AS Roma.

The Club AS Roma was a having a difficult time before Jose Mourinho arrived in 2020. The stadio Olympico was often empty during Roma's games but since Jose has been in charge, there have been often sold out games with over 60,000 spectators even throughout his first season in charge at the club. This would even go on to the next season where Roma managed to sell out 36,000 season tickets; something that the club had not experienced in 18 years.

Mourinho then goes on to win AS Roma's first ever European title, the European Conference League. This makes Jose the first and ONLY coach to win all of Europe's major trophies.

The man Mourinho has made AS Roma more attractive to big names in the world of football with the recent signing of players such Nemanja Matic from Manchester United, and Paulo Dybala from Juventus.

Jose has also re-ignited the passion of the Roma fans for their club. For instance, The signing of Dybala broke the world record by Cristiano Ronaldo for most shirts sold in 24 hours as Roma sold 535,000 Dybala jerseys in 24 hours. Thousands of fans waited for hours in the hot summer sun for the presentation of Dybala which basically lasted only 15 minutes. 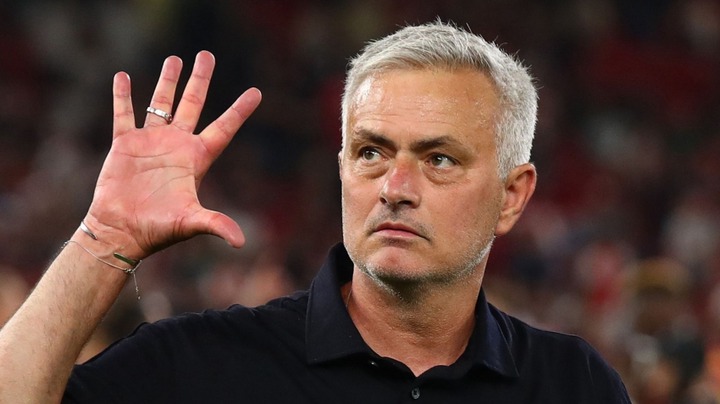 Roma has further signed a major long-term deal with Adidas with extremely high earnings which is only second to Juventus in the Italian Serie A. It makes the club higher earners than clubs like AC Milian who were winners of last season's Serie A league title.

There are big coaches in other big clubs who are consistent like Pep Guardiola and Carlo Ancelotti at Machester City and Real madrid respectively but the man Jose Mourinho is arguably the best coach in the world when it comes to motivating players, motivating fans and increasing the market value of football clubs.

Other coaches win trophies but Jose Mourinho is a man in his own class that is second to none.

Leave your Opinions in the comments section below.

Content created and supplied by: KinKiGh (via Opera News )