The Two Great Walls Of Football Are Falling 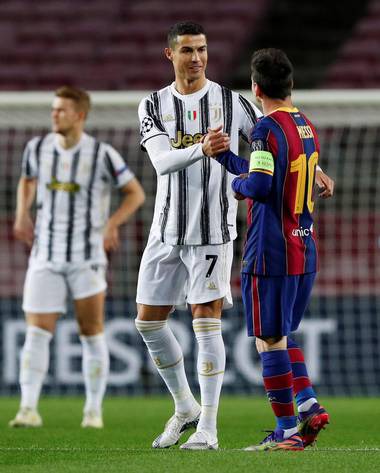 The world of football has seen two great profiles or personalities ruling it for more than 10 years. There were many profiles who made football interesting and people like football because of them. With the likes of Pele, Ronaldo Nazario, Ronaldinho, Beckham, Zidane, Raul, Kaka and many more.

But it is undoubtedly that, Cristiano Ronaldo and Lionel Messi are the greatest in football history with their rivalry pushing each other to great achievement. Both have won the Golden Ball with Messi having one more than Ronaldo.

But looking at their performances this season in both league and champions league, they have both failed to prove their worth with their teams kicked out of the competition. These has sparked speculations and criticism of both players with their current teams willing to release them.

Ronaldo join Juventus in 2018 from Madrid when the condition isn't favoring him. He came to Juventus to be able to help them lift the Champions League but has failed to do so with his team been knocked out for three consecutive season.

This causes some of the board members and other legends to think that, signing of Cristiano Ronaldo was the biggest mistake and waste of resources Juventus has ever done. Likewise Messi, the team really don't feel his presence.

Could it be that, both stars don't have the skillful players to help them deliver their services? Or just that their Era is just ending. Should Juventus really sell Cristiano Ronaldo? And should Messi be allowed to leave Barcelona? Let me have your views in the comment box.

Content created and supplied by: Zakari123 (via Opera News )

Does your girlfriend respect you? 2 Ways to Make Your Girlfriend Respect You