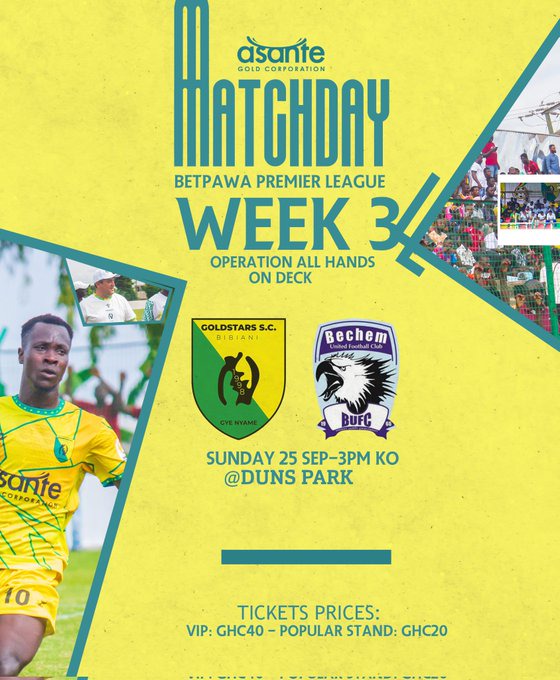 In their second home game after a defeat to Dreams FC in week one, they were defeated at Duns Park when they hosted Ignatius Osei-Fosu's current squad. Dana Blessing scored the only goal in the game at the 56th-minute mark.

On Sunday, September 25, 2022, the home team won their game to reduce the pressure on head coach Michael Osei following an attachment spell in Europe at the close of the previous season.

Prince Owusu scored the game's solitary goal in the 70th minute to give Bibiani Gold Stars their first victory at home against The Hunters from Bechem in match week 7 of the previous season on December 12, 2021. 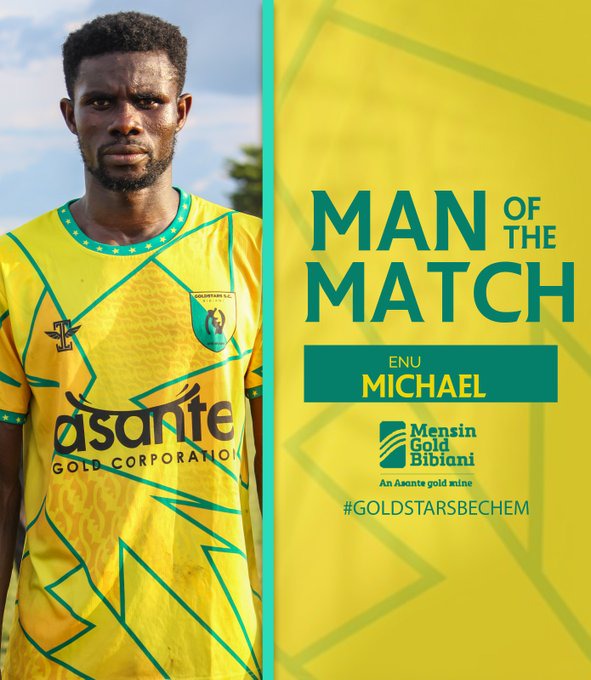 The squad from Bibiani lost both of its matches this season to Dreams FC and newcomers Nsoatreman FC, each time by a goal.

They have improved their reputation with the Duns Park crowd by defeating Bechem United twice in a row at home, which is their first victory since their match against Aduana Stars on June 12, 2022, at Nana Agyemang Badu Park.

Michael Enu's away goal against Aduana Stars gave Bibiani Gold Stars their last BetPawa Premier League victory, and in their most recent victory, the Golden Boys scored courtesy of the same player. 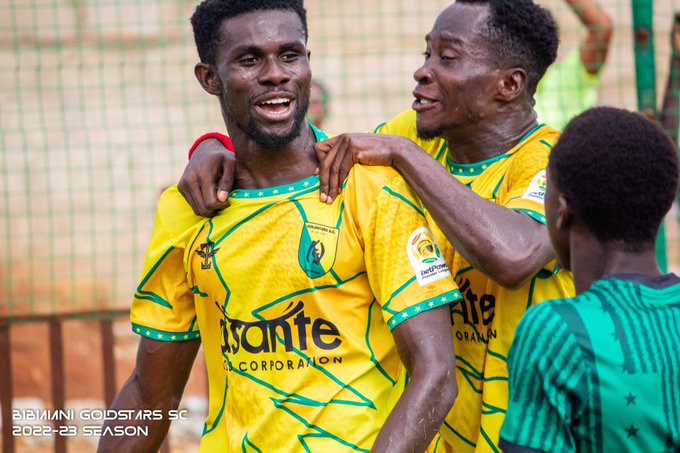 The victory for Bibiani Gold Stars is their first victory at home since a victory against Real Tamale United on May 22, 2022. They suffered defeats against West Africa Football Academy (WAFA), demoted Ashanti Gold, and Dreams FC in their last home game.

Since they had lost their first two games of the season, the club leadership at Bibiani initiated an operation before the game with all hands on deck. They were successful in their goal before the game.