By cryme (self media writer) | 4 months ago 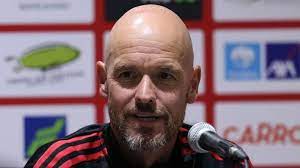 A lot was expected from Manchester United even though this is their first preason game in 2022. The team left their fans who came to watch their first preseason game much impressed as they played against by Liverpool. Manchester United scored Liverpool four goals to nil. The goals came from Jadon Sancho who score the first goal, Fred scoring the second goal in the thirtieth minute, A follow up goal three minutes later by Anthony Martial who was sent on loan and the last goal was scored by their young Uruguayan Facundo Pellistri in the seventy-ninth minute.

The coach Eric Ten Hag express satisfaction with the proactiveness of his players winning 4 goals to nil against Liverpool in their first preseason game. He stated the team has to potential to do more.

Here is a link to the interview he granted after the match.

Content created and supplied by: cryme (via Opera News )