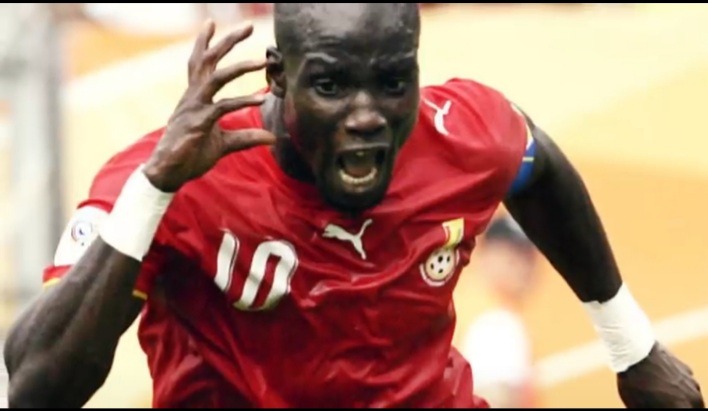 He played from 1995 to 2010 with 67 caps and 14 goals for Ghana. Stephen Appiah was one of the men that won the heart of Ghana national team, playing a big part in black stars with two appearance at the world cup finals. He captained them in 2006 and was a member of the squad in south Africa four years later. At club level, the midfielder enjoyed successful playing time in Juventus whilst also featuring for the likes of Udinese, FC Parma and Bologna in Italy. He went and spend three years staying with Fenerbahce where he won the Turkish Super League. Individual, he was named as Ghanaian footballer of the year for two occasions and was included in all stars team for both the 2004 Olympics and the 2006 African Cup of Nations. 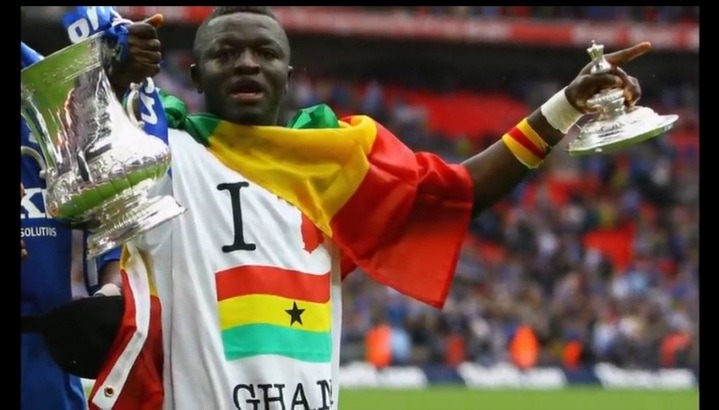 He won 84 Caps and 20 goals for Ghana. Sulley Muntari born in 1984 is a Ghanaian professional footballer who plays as a central midfielder for the italian club Pescara. During his time with Inter Milan, he helped the team to win the Champions League in 2009/2010 and a Serie A title in 2008 to 2009. And then from 2009 to 2010 he was also part of the Portsmouth team that won the FA Cup in 2007 to 2008. A full international for Ghana since 2002, he has earned over 80 Caps for the national team and has been selected for two African cup of Nation and three FIFA Cup of Nation.

He played his professional football from 1966 to 1977, with 20 caps and eight goals for Ghana. Ibrahim Sunday reached two African Cup of Nations finals, only to lose in both. The defeats spell undoubtedly had it to take considering he has scored in the semi-finals on both occasions. His performance for the national team and club side Asante Kotoko earned him a moved to the Bundesliga outfit Werder Bremen . Although his time with club, he mostly spent his time on the bench. His talent was recognised on the world stage. However, as the winger was given the African footballer of the year award in 1971, just one of the three Ghanaians to ever claimed the accolade. He was also named among the 50 greatest African players of the century by the National Football Federation of history and statistics.

Whilst his own claims, he was better than Messi, are wide of the mark. There is no doubt that Mohammed Polo was one of the most gifted and technically players in Ghana's history. Nickname, the dribbling magician. The left-winger was one of the many players to featured Heart Oak in the Ghana Premier League before he moved to Dubai, where he quickly became a hero of the Al-Wasl fans. His greatest success came on international stage as he helped Ghana Black Stars to victory in the 1978 African Cup of Nations. Three years previously, he was named as the Ghanaian player of the year, becoming the inaugural winner of the award. 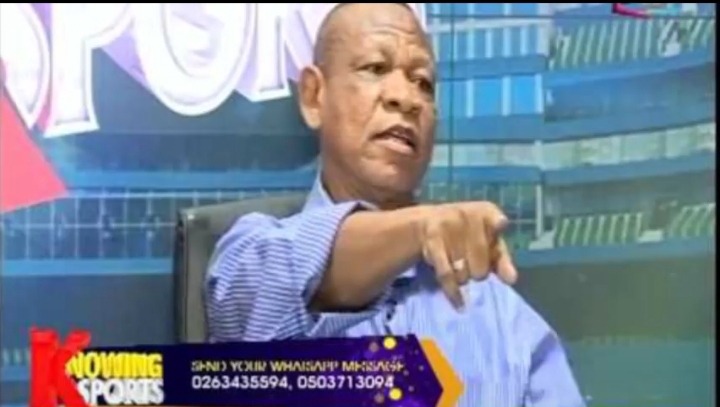 1975 to 1988, 70 caps and 25 goals for Ghana. Another member of the 1978 side that won the African Cup of Nations. Karim Abdul Razak played a major role in Ghana's success by scoring two winning goals during the tournament. The first came against Zambia in the opening round. He netted the only goal in the 1-0 victory over Tunisia in the semifinals.

After winning the crown, Razak nickname the golden boy moved to America where he played alongside world cup winner Franz Beckenbauer and Carlos Alberto for the New York Cosmos. Individually, Razak won the 1978 African footballer of the year award becoming the second of just three Ghanaians to ever be given the honour. He was also ranked as 31st best African footballer and third best Ghanaian by the international football federation of history and statistics. whilst the confederation of African football included him as one of the 30 best players in the history in 2007. 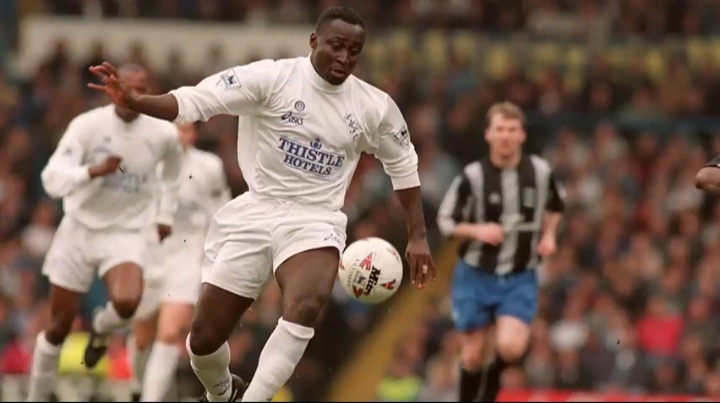 1985 to 1997, he had 59 caps and 29 goals for Ghana. English fans will remember Tony Yeboah for his two-year stay in Leeds United which was pickle with goal of the season contenders. Played for FC Sabah, Eintracht Frankfurt and Hamburger SV. During his time in Europe, establishing himself as clinical finisher and in top of the Bundesliga scoring sheet in 1993 and 1994. He was voted as Leeds play of the year in 1986 and one year later earned accolade of Ghana player of the year. He also finished in the top three in African footballer of the year award on two occasions. And was voted as high as 9th in FIFA football ranking in 1993.

He played from 1993 to 2006 with 59 caps and 3 goals for Ghana. Despite only making one appearance for Ghana at the 2006 World Cup. Samuel Koffour busted onto the world scene at the tender age of 15 when he became the youngest Olympic football champion in history with Black Star bronze at the 1992 games. The central defender is best remembered for his time with Bayern Munich where he made almost 250 appearance and won 17 major trophies during a 12-year stay. Among those trophies, he won six League titles four caps and a Champions League.

2002 to present, 52 caps and 9 goals for Ghana. At his prime with Chelsea, Michael Essien was regarded as one of the best midfielders in the world. The versatile Ghanaian could also play as a bar, where he was often employed by Jose Mourinho during his loan spell at Real Madrid, becoming the most expensive footballer of all time in Ghana with his move from Lyon to Stafford Hill at that time. Essien quickly established himself as a key member of the national team. He featured in a 2006 World cup but was unlucky to miss out four years later due to injury. He has won four League titles and seven domestic cups in two different countries. He was also part of the Chelsea squad that won the Champions League in 2012. Individually he has been named Ghanaian player of the year in 2008.

Asamoah Gyan joined the senior team in 2003 to 2019, he had 100 caps and 49 goals for Ghana. Asamoah Gyan began his career in 2003 with Ghanaian Premier League club Liberty Professionals. Scoring a prolific 10 goals in 16 matches, then spent three seasons with the Serie A club Udinese with a two season loan at Madena, netting 15 occasions in 53 league matches. And at Udinese he scored 11 times in 39 league matches. Gyan joined the Championship club Sunderland breaking the account transfer record and netting on 10 occasions in 34 Premier League matches. In 2011 Gyan joined Al -Ain the UAE Pro League becoming the league top goal scorer in three consecutive seasons. 2012, 2013 and 2014 seasons. He had 65 appearance with an impressive 73 goals for Al-Ain. In 2015, Gyan confirmed on his own website that he has left Al-Ain and was set to join the Chinese super league club Shanghai. There was then reviewed that Gyan weekly salary of £227000 with Chinese club instantly made in one of the world's best paid football players. Gyan is the all-time leading goal scorer of Ghana national team with 49 goals.

He is a two times Ghana best player of the year and one time Ballon d'Or nominee. He represent Ghana at the 2006, 2010 and 2014 FIFA world Cup with 6 goals, he is the top African scorer in the history of the world cup. 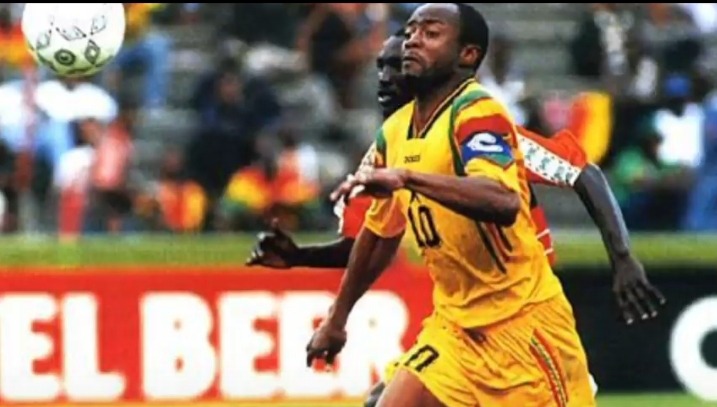 1982 to 1998 with 57 caps and 33 goals for Ghana. The undoubted king of Ghanaian national team. Abedi Ayew is known throughout the football world as Abedi Pele due to comparisons with the Brazilian legend of the same name that goes somewhere to show how highly regarded he was during his illustrious career that saw him amassed numerous individual accolade.

The three-times winner of the African footballer of the year, winning the award consecutively from 1981 to 1993 was also twice nominated for FIFA world best player of the year award finishing 9th in the voting in 1992. The international Federation of history and statistics name him as the 3rd greatest African player of the 20th century. Whilst he was also the only Ghanaian included FIFA 100. His greatest success at club level came with Marseille where he won the Champions League in 1993 having been on the losing side in a final two years previously. He Also won three league one title for the French side. Although the last of those was revoked due to a match-fixing scandal.