Coach Milovan Rajevac is one of the most successful coaches in Africa football. He has coached a number national teams and also football clubs. He was the coach for the senior national team, the Black stars of Ghana from 2008 to 2010.

During that period he took the team to the quarter finals of the Fifa World Cup. At this stage, the Ghana narrowly lost to Uruguay in a penalty shootout. 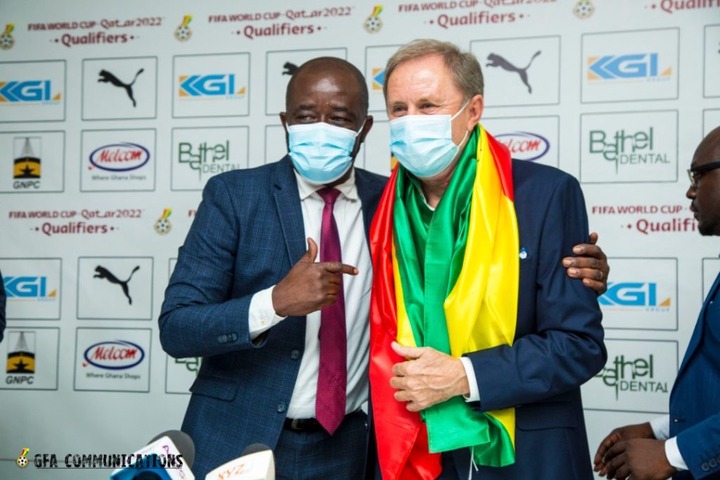 He has been appointed to coach the Black Stars of Ghana again. He has won his first two games since he was reappointed in September, 2021.

However, let us look at some awards and also trophies the coach has won in his coaching career.

The King's Cup is an international football tournament organised in Thailand by the Football Association of Thailand. The host, Thailand, is a participant in every edition. He won this cup with the host team in 2017.

Aside this cup, the coach has received several awards in his professional career.

Serbian coach of the year

In 2010, coach Milovan Rajevac won the coach of year. He was the fifth coach to win such an award. This award was based on his statistics that year.

Africa Coach of the year

In 2010, Coach Milovan Rajevac also won the best coach in Africa award by CAF. This was based on his best performance in the 2010 FIFA world Cup.