By DesmondOseiBoateng (self media writer) | 1 year ago 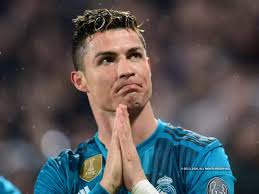 There are a lot rumours about Christiano junior. He was bought? His mother was a waitress? He is a result of one day stand? All these are not true. Junior was born in 2010 out of the blue. Christiano announced it on his social media. The only thing we know about him is he was born in Santiago and his mysterious mum is never known. Christiano said He will never reveal her identity and if one day junior wants to know the truth, he will tell him.

Christiano only scores from penalties. And that is how penaldo was born. Most people think Renaldo's number of goals increases every season due to the so many penalties He scores. This is both true and false! No player in history has scored or taken more penalties than Christiano Ronaldo.128 goals from 152 penalties taken. To put that in respective, Ronaldo De Lima scored 45 penalties from 50 of his career. Christiano Ronaldo is the king of penalties! But his penalty goals only make up to 17% of his total goals. So penaldo is too harsh.

Ronaldo only scores against Getefe, Granada and levente.how fake it is! Rinaldo's top 5 favorite victims include Seville, Atletico Madrid, and FC Barcelona. With 18 clásico goals. In Europe, He has scored 9 goals against both Ajax and Bayern Munich, 7 against Dortmund and 10 against Juventus. There are some level of truth though at the national level as His Favourite teams include Andorra,Armenia, and some other small football countries.

Georgina came to Rinaldo's life out of no where. They've had a complete set of family few years later. Georgina get paid about 100,000 dollars every month. But not to be with Ronaldo. Georgina stopped the work she was doing so that she can take care of their children and Renaldo's mum. Ronaldo then decided to pay her every month as a a sign of appreciation and also to motivate her for what she does. But Georgina is not hired to be with Ronaldo.

Content created and supplied by: DesmondOseiBoateng (via Opera News )