Why Mbappe should move to Real Madrid

By Mahbynah (self media writer) | 4 months ago

Mbappe has been pushing a move out of PSG since he has already rejected all three offers presented to him.Real Madrid has made an offer of € 160m for Mbappe but has still not received a positive response from PSG.

Mbappe at Real Madrid stands a high chance of winning the Ballon d'or than at PSG. Since the initiation of the award since 1956, aside Jean-Pierre Papin who won this award in 1991 no other French League 1 player has won this prestigious award. The Spanish La Liga on the other hand has lots of its players winning the award. 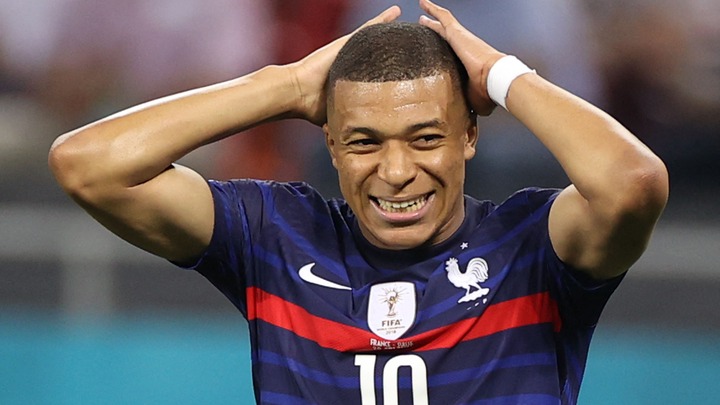 Mbappe will help boost the striking force of Real Madrid teaming up with Vinicus Jnr, Hazard, Bale, Benzema and Asensio. This team will be a team to look out for and might even beat PSG during a Champions League finale as PSG's defence is not as sharp as it striking force.

Do you think Mbappe should stay at PSG or Move to Real Madrid.

Content created and supplied by: Mahbynah (via Opera News )

2021 AFCON: Check Out The Gabon Player Who Had The Highest Ratings