By AIPMedia (self media writer) | 1 month ago 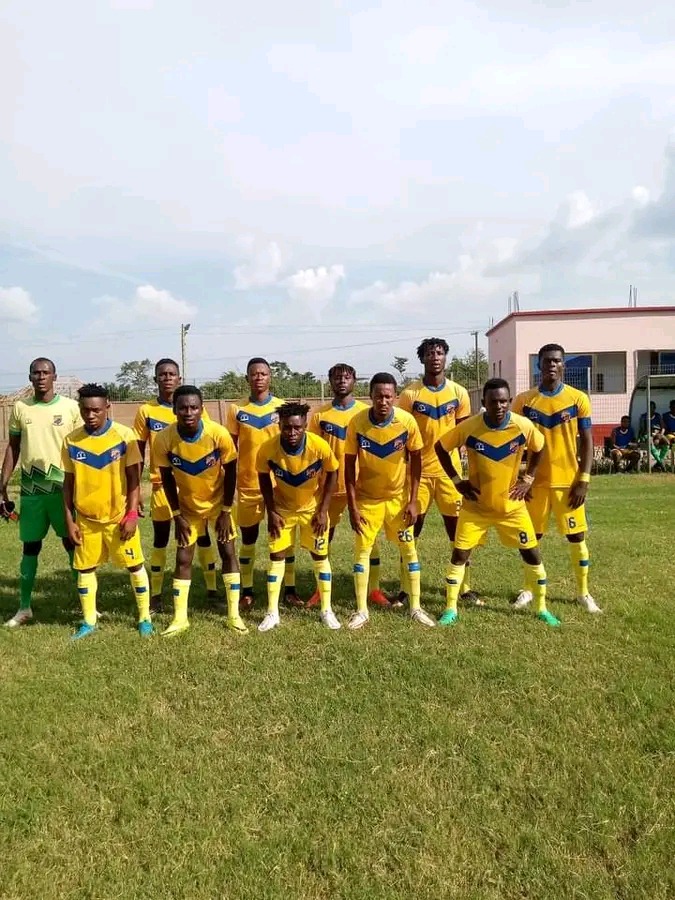 The newly elected executives of the Sports Callers Association of Ghana in the Northern Region have been sworn into office for a second four year tenure to serve the association. This was at a short swearing in ceremony at the Aliu Mahama Sports Stadium on Saturday 6th August, 2022.

The swearing in was done by Chairman of the Northern Regional Football Association (NRFA), Alhaj Abu Hassan Mahamadu Rhyzo at the NRFA office. In attendance were members of the Sports Callers Association, invited guests, the media and members of the public.

Speaking after swearing in the executives, NRFA Chairman, Alhaj Abu Hassan Mahamadu Rhyzo implored them to broaden their scope to include all sports and not only football when they call inn to contribute to discussions on topics in the media.

The NRFA Chairman also added that, “as sports callers we must try to be neutral. You may be a supporter of a team…but what it means is that when you are making a comment you must try to relegate your allegiance to that team to the background and then be as objective as possible.”

Alhaji Abu Hassan Mahamadu Rhyzo declared to them that his office is open to the association and anytime they need his wise counsel on any issue they should not hesitate to call on him.

For his part, Chairman of the Northern Regional Branch of the Sports Callers Association, Mohammed Awal Musah Essovaalle thanked members for the confidence reposed in him and his executive committee members and called for the support of the members to lead the association successfully.

He described the NRFA Chairman as a role model for all to see in terms of his leadership skills which he said is there for everyone to see. He further stated that, “this is a position and we are not fighting for our own self, we are here to serve Northern Region and Ghana as a whole… so we have to make sure that once a sports caller always a sports caller and as our aims and objectives states, we have to do whatever it takes to see that sports in general have to go forward in the Northern Region here and Ghana as a whole. And more especially to do whatever we can to ensure that hooliganism doesn’t send us backwards.”

Alhaj Abu Hassan Rhyzo donated an amount of GH₵ 400 to the association and a further GH₵ 100 to the only two females who were part of the association to encourage them to still be members. He used the opportunity to urge the females to try and convince their peers to join the association to make it bigger in terms of membership

Content created and supplied by: AIPMedia (via Opera News )